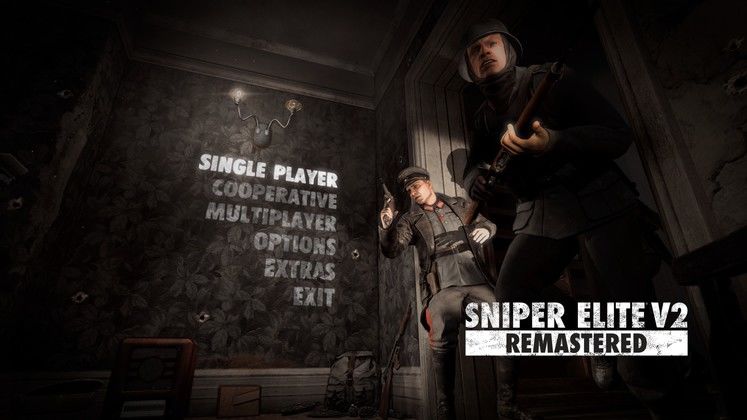 Shooting Nazis is one of those timeless activities, like climbing or cuddling. It can be done for a long time and repeated ad infinitum, without really losing its appeal or enjoyment – and as the Sniper Elite series proves it, all you need is a novel bit of x-ray visuals and an interesting open-world mission design to keep that Nazi whackamole consistently fresh.

Sniper Elite V2 Remastered is a return to the early days of the franchise – back when Karl barely had a personality and the game was a boringly linear affair. Hot off the wheels of confirming Sniper Elite 5’s production, Rebellion announced a remastered version of Sniper Elite V2, bringing all the DLC in a single, cheaper package with 4K textures. 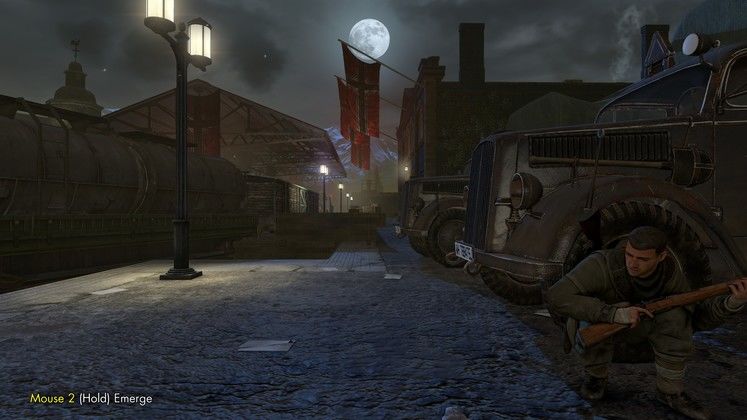 For those unaware, V2 is the first entry of the rebooted franchise, following an extremely obtuse and ugly game named Sniper Elite back in 2005. Both games had as a protagonist a sniper called Karl Fairburne, but his characterisation was widely altered – in V2, he possesses the same gruff-voiced serious demeanor of most video game protagonists of the early noughts, which solidified into a consistent and somewhat interesting personality in subsequent games.

V2 itself takes place in the closing days of World War II, as the Allies break into Germany in 1945. Karl is sent deep behind enemy lines to sabotage and secure the Nazi rocket technology, which was used to great effect when V2s hit London during the previous months. Throughout a campaign bookended by the Brandenburg Gate, Karl sneaks, shoots, and sneaky shoots his way through hundreds of Axis soldiers, killing them with shots beautifully rendered in an x-ray camera. 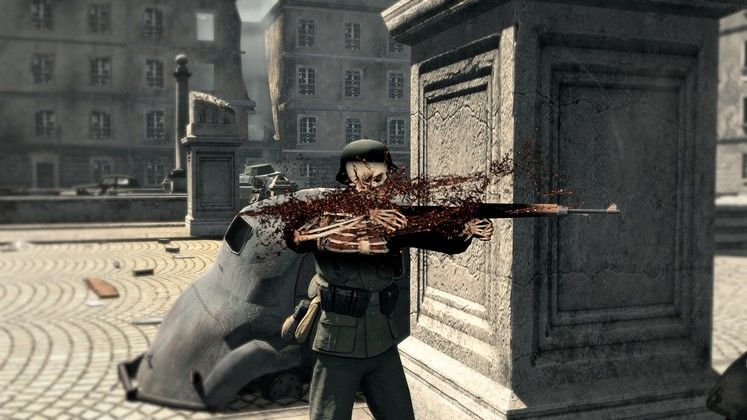 Throughout the game, players get access to a dozen different weapons – including half a dozen different sniper rifles from different countries – and are able to use tools like rocks, dynamite, and trip mines to get the drop on the vastly numerically superior German forces. As a sniper, positioning is key, so Karl can crawl and climb to reach suitable sniping spots and use environmental sounds like bombs falling or loudspeakers to mask his shots. Unlike SE4 and it’s big open-ended maps, V2’s campaign constantly forces the player to switch their playstyle between stealth and loud combat throughout every one of its linear levels.

Outside the main campaign, the game brings all the DLC into one package, including the famous “shoot Hitler in the balls” mission where one must kill the Fuhrer as he boards his trains in a supposedly secure location. V2 also offers coop alternatives like the brilliant Overwatch mode, where one player takes the role of Sniper while the other acts as an operative on ground level. It’s an awesome experience to play with friends depending on personal preferences, and while V2’s rough controls and mechanics can be extremely frustrating in stealth (compared to, say, Overwatch in SE4), it can still be fun. 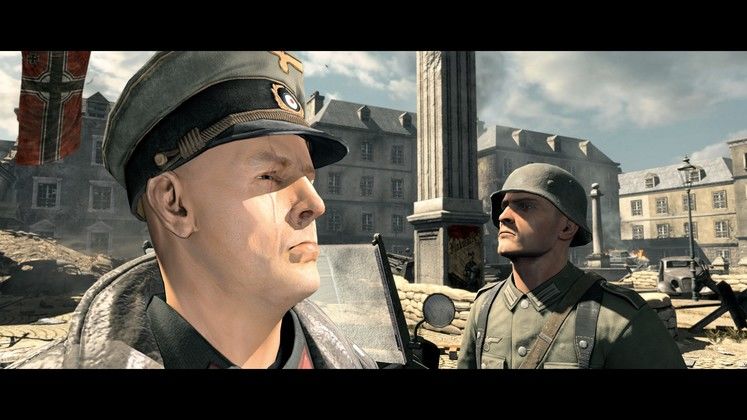 The most important thing to know about the remastered version is that a “remaster” is literally all it is – the game is exactly same as it was back in 2012, down to the awkward menu UI and the slightly robotic control and animations. In fact, every bit of improvement from Sniper Elite 3 and 4– be it gameplay, level design, or weapon/x-ray features – is completely absent; V2 remastered is 2012’s Sniper Elite with better textures and seemingly the same models.

While that sounds interesting for anyone wanting to relieve the game without nostalgia goggles, it does raise the question of why such a thing even exists at all. While all the things that made V2 great are still here – the varied missions, the nice weapon handling, and the overall unique WWII experience of being a lone sniper in and around Berlin – all the bad stuff is also here. The truth is, V2 aged badly – controls are clunky and unintuitive, weapon upgrades are non-existent, and the small levels feature firefights that mostly take place about 50 metres away. Compared to SE3 and 4 continually longer engagement ranges and considerably more open-ended approach to both loadouts and mission objectives, V2 feels like a step backward into a past that had little reason to be revisited. 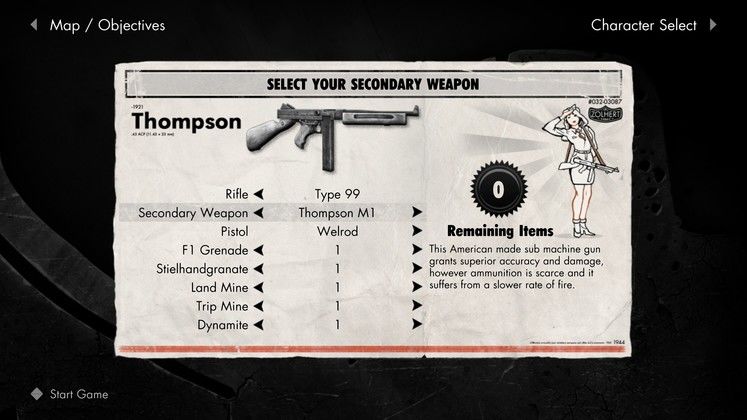 V2’s remaster feels so barebone, it is hard not to interpret it as anything other than a cash grab. There is no real upgrade here – be it an update of the x-ray camera to include the extra organs/bones/muscles/tendons of SE3 or 4, or the melee takedowns, or the bullet drop compensation on the scope, et al. The only truly visible improvements are graphical, and those are so inconsequential to barely merit a patch, let alone a fully paid product.

As a veteran of all Sniper Elite games ever since the first entry, V2 remastered feels a bit pointless. It’s production values are rather unimpressive, given the only real difference seems to be in a slightly improved graphical fidelity and nothing else. In fact, it seems Rebellion was specifically aiming this release at those who have not played the game at all, and therefore would not be put off by regressing nearly a decade of gameplay and technical improvements. Unless you’re a completionist fan of the franchise or someone who never played V2 before, your money would be better spent elsewhere.

A very barebones remaster that is great for newcomers, but unnecessary for owners of the previous game.

Sniping Hitler in the balls, again (but this time in 4K) 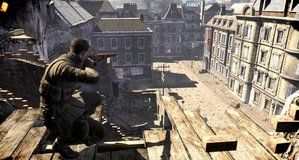