Your outnumbered band of fighters overcome tremendous odds, on the road to Berlin 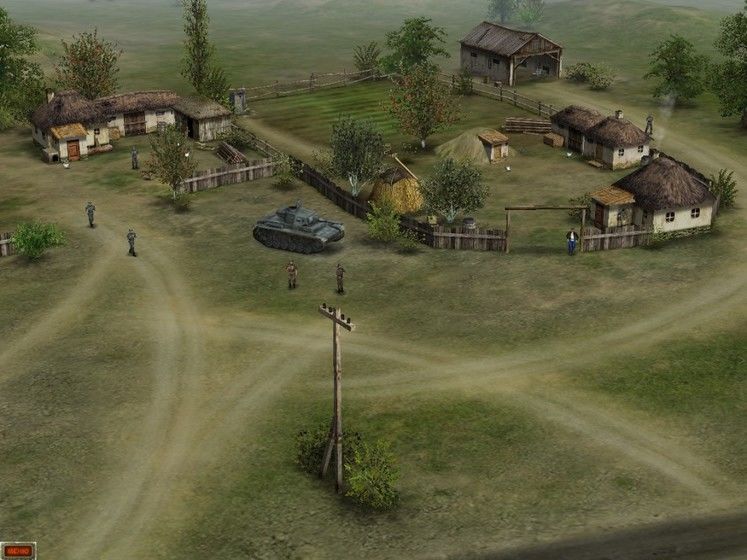 The Second World War has always been a popular topic in games. The scope of battle, the shear amount of uncertainly in battle, the massive amount of decisions that can change the outcome of battle have long fascinated gamers and historians alike. There have been many games to cover the war, in many different ways, and in the latest effort from Codemasters, called Soldiers, heroes of World War II, players can take tactical control of the battlefield, and re fight the war, in small doses, of course.

The game is a real time simulation of WWII combat on the tactical level, using third person viewing of your forces. As is common in such tactical games, players can control one soldier, groups of soldiers, tanks and other equipment individually, or they can let the AI handle part of their forces, and issue general commands. You must issue commands to jump obstacles, climb things, to crouch, to lie flat, to crawl, and to move and fire. Like many such games, the forces you directly command will perform considerably better than AI controlled units, but sometimes, you may prefer to let the AI handle larger groups while advancing to contact. 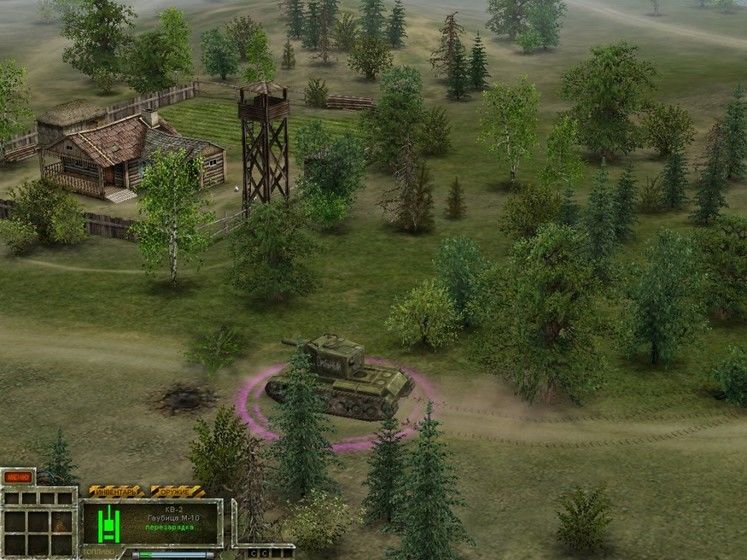 The look and feel of this game is excellent, the 3-d style terrain and units are outstanding, and they move and perform well on the battlefield. In the direct control mode, you can aim and fire hand held weapons, and in a tank, you can choose the MG or gun, and between AP tank killing ammo and HE or high explosive, to take out soft skinned vehicles and enemy soldiers. The tanks feature fully rotating torrents, and in the 3-D battle field, anything and everything can be blown up and destroyed. You can even kill your own forces by shooting them, or driving over them with a tank, which I found out to my dismay while learning the game. The game comes with a wide variety of tanks and weapons to play with, so the game has considerable replay value. Ammo useage and the need for fuel are also a part of the game, making it more realistic in that regard. On the battlefield, your soldiers can enter structures, and use cover to fire weapons from, so you can use ground tactics more effectively.

The game's animations are extremely well done, the tanks and men look quite realistic while playing, explosions can be seen, knocked out tanks and trucks will burn and cause smoke, and fire will cause realistic looking casualties in friend and foe alike. The ability to destroy terrain and other items can come in handy, hit an ammo dump, and it might explode and take the enemy with it, for example. 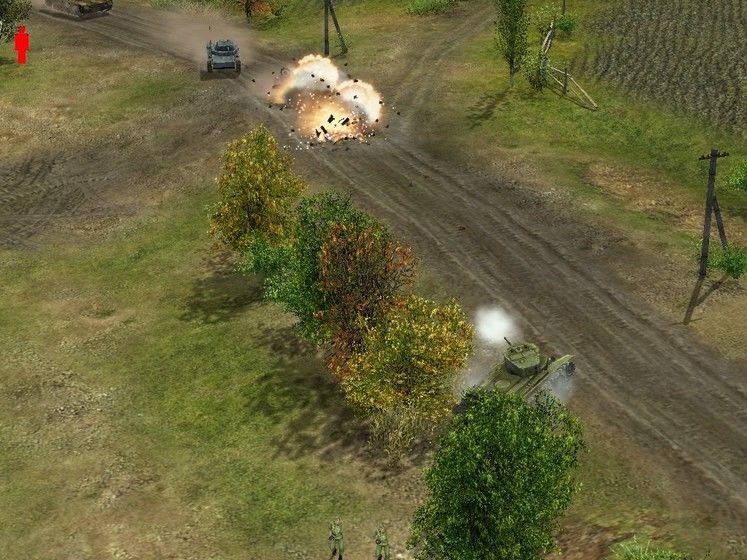 The 3-D map can be rotated, so you can examine the battlefield from different vantage points, and its sometimes easier to hit the enemy from different angles. For example, hand held machine guns are very tricky to use properly, depending on range, you have to sometimes aim beyond the target to hit it, you can't seem to aim dead on, it just won't fire, so you have to learn the game's sense of weapon effectiveness. Tank guns are more accurate, but it still takes practise to be effective.

What weapon your men use depends on what he happens to have, or what he can find on the battlefield, Each unit has an inventory, including the tanks, where you can carry weapons, grenades, shells, gas, even a tool kit for fixing the tanks. It is often wise to search building and dead soldiers for useful items and weapons, that they may have had before their untimely demise. The game simulates a full range of weapons from the major European combatants, including US, Russian, British and Soviet arms and tanks. One of the more fun aspects in this game is you can capture and use enemy tanks and weapons. If you knock out a Tiger tank, find a tool kit, fix it, and suddenly you can cruise around in it, blasting away! 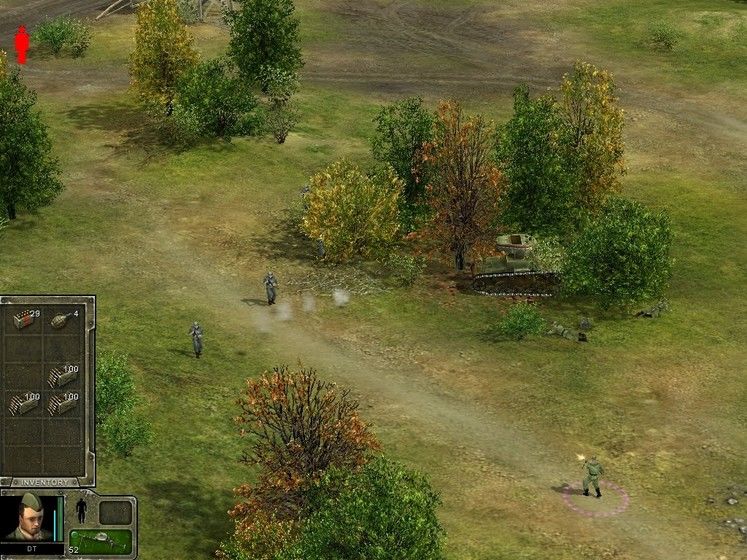 The game includes 30 missions, in each of four campaigns, one each for the US, Briatin, Russia and Germany. there are also stand alone missions. The campaigns allow you to reuse captured weapons from mission to mission, but beware, you are always heavily outnumbered in each encounter. Since you have a 'god's eye' view of the battlefield, with careful planning and tactics, you can win most of the time.

The voice-overs could have been better, but the game's vehicle and explosions are well done, and the sound doesn't detract from game play at all. You can pause the game, and even play in slow motion, it things start to get a little overwhelming. It is best to concentrate your forces, unwatched troops have a nasty habit of getting themselves killed in this game. 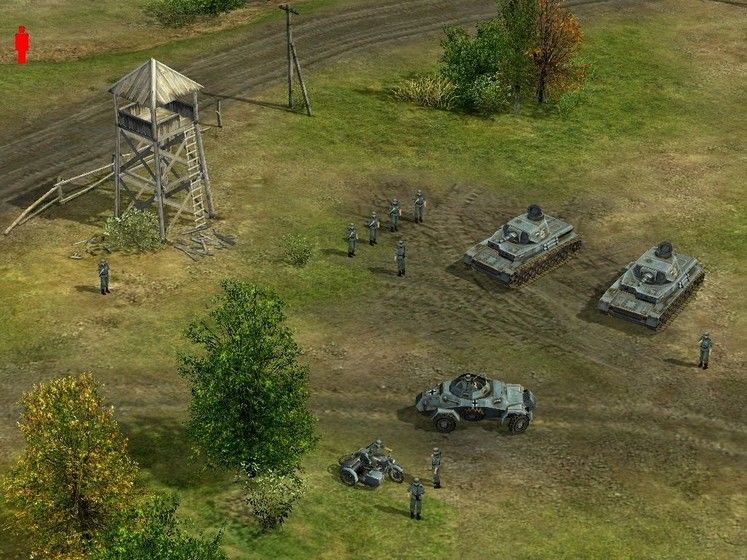 Overall, this is an excellent effort for this genre. Not a presice simulation attempt like Combat mission, its more like a Sgt Rock comic, your outnumbered band of fighters overcome tremendous odds, on the road to Berlin. The game is quite challenging, and can be somewhat addictive at times, always the sign of a good game. I recommend it.

Click on the picture to enlarge it Overall, this is an excellent effort for this genre. Not a presice simulation attempt like Combat mission, its more like a Sgt Rock comic, your outnumbered band of fighters overcome tremendous odds, on the road to Berlin. The game is quite challenging, and can be somewhat addictive at times, always the sign of a good game. I recommend it. 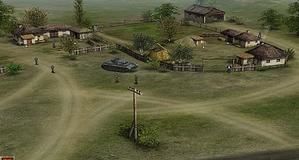