If you’ve played any of the dozens of fantasy 4X games that have popped up over the last few years, you’ll be very familiar with how they tend to play out. You choose your stereotypical race, build up your empire, and fend off your rivals through war, magic or diplomacy, until eventually the game hands you a big trophy and calls you the winner. Sorcerer King tells a slightly different story - you’ve already lost, the world is in ruins, and it’s only a matter of time before a wannabe Sauron who calls himself the Sorcerer King finishes his research and casts a spell to ascend to godhood, at the expense of turning everyone else into piles of dust.

More so than in any other 4X game, in Sorcerer King you’re acutely aware of the Sword of Damocles hanging over your head. The big bad’s progress towards global annihilation is measured by the Doomsday meter, which ticks up every time he demolishes one of the magical shards scattered across the map. To stop him, you’ll have to secure as many of these shards as possible, and then keep them secure and protected from the roving bands of minions and monsters that are being sent out to destroy them.

You can roll the Doomsday counter back a bit by completing side-quests and casting certain spells, but you can never halt its inexorable progress entirely, and some actions – like accepting an offer of new magic or resources from the King himself, will bump it up even further. It’s an effective prod to get you out into the map, exploring and expanding your borders, but at the same time it’s not too punitive – the game gives you plenty of time to get your bearings, and its focus on RPG-like questing encourages smart use of your hero and a few key units, rather than pushing you to grind out army after army. 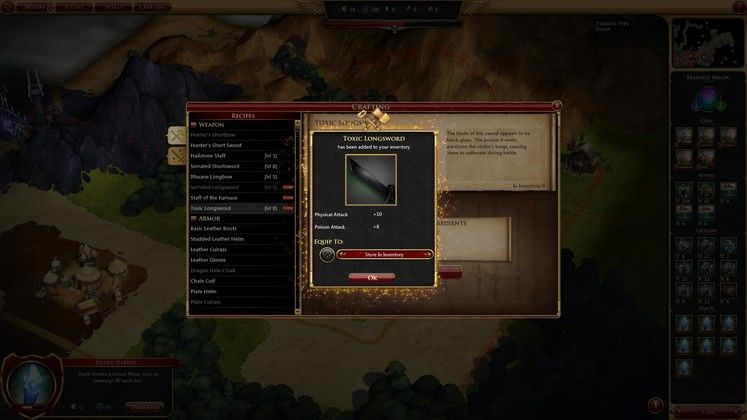 Having access to powerful weapons is important in Sorcerer King, so you'll want to gather plenty of crafting resources

The meter also governs how aggressively the Sorcerer King comes after you. Early on it’s just bandits you have to worry about, but as the game advances and he realises that you’re directly opposing him, your lowly pikemen and archers start to become horrendously outmatched by magic-hurling demons, ogre wizards and hordes of trog soldiers. Unless, that is, you gather enough experience and loot to fashion those lowly troopers into a real band of heroes. What’s clever is that the early stages of the game are basically a shadow war, with you trying to gobble up as much land and as many resources as you can while the King’s busy weaving his ultimate spell. Eventually he’ll notice the number of cities that you’ve founded, and at that point you have to judge whether you’re strong enough to risk open war, or whether it’s best to back off and build up your strength. Eventually, though, your need for new gear and artefacts will force your hand.

Scattered across the world are various warlock huts, abandoned villages and lost libraries, occupied by the broken remnants of humanity who wile away the hours by handing out missions to passing adventurers. The quest writing is actually charming and witty, poking fun at familiar fantasy tropes and actually giving your fair amount of choice as to how you respond. If you don’t feel like performing a fetch quest, there’s generally an option to simply kick the crap out of whoever is ordering you around, and there’s even a very vague reputation tracker which notes whether you’re being a holier-than-thou paladin or a persistent dick. This gives you a few extra dialogue choices tied to that particular stance. 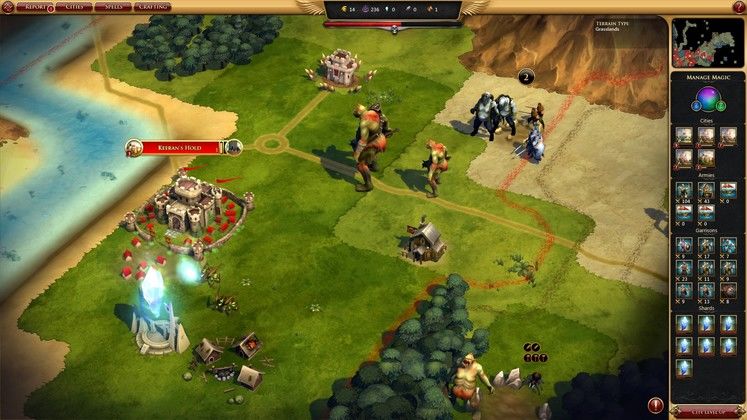 Only in the late-game do enemies attack your cities in earnest, and by then you should have more than enough defences in place to fend them off

In fact, in lieu of traditional 4X diplomacy, it’s questing that will win you essential allies in your battle against the Sorcerer King. Dwarves, yetis, swamp giants, wraiths; your familiar cast of fantasy races are all present and correct, but none of them are in any shape to stand up to the enemy on their own. To recruit them, you’ll have to perform various missions in order to convince them of your value. Meanwhile, the King is also trying to sway them to his team, so you find yourself in a constant tug of war for influence over the minor races. Win, and they’ll gift you with valuable items, and new units.

Completing quests and nabbing treasure chests scattered across the world will net you various resources, which you can use to craft new items and weapons. These aren’t restricted to your hero units; your basic band of archers can also wear that sweet ‘Hat of Initiative’ you found, or cover themselves in plate armour for a defensive bonus. Random crafting recipes found in the wilderness can make a huge amount of difference, too. My archer hero unlocked a skill that allowed him and all ranged units in my army to get a free round of attacks before a fight began, and combined with a ring that boosted his initiative, in most fights I managed to get several arrow volleys off before my opponents had even moved. 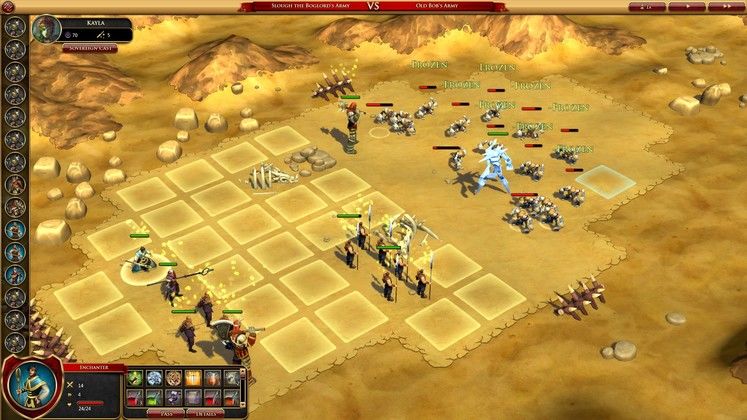 Cheapest tactic in the boo

Combat is probably the area in which Sorcerer King brings the fewest new ideas to the table. If you’ve played Fallen Enchantress or Legendary Heroes, you’ll be right at home here. Combat remains a solid turn-based affair, but some of the system’s odd idiosyncrasies return; the ‘Maul’ attack, which allows a creature to keep swiping at an enemy until he misses, is still bizarrely overpowered, ranged attacks still peter out in terms of effectiveness at higher levels, and spells vary from utterly deadly to largely useless. I also would have preferred a bit more aggression on the AI’s part. In battle it’s competent and challenging, but on the world map it’s a bit too lenient, often refusing to commit to battles it stands a good chance of winning, which takes away a little from the game’s otherwise tense atmosphere.

Sorcerer King’s narrower focus may make for a more thematically interesting game, but that does come at the cost of replayability. Sure, you’ve got a bunch of interesting classes to try out, each with their own abilities and unique hero units, but ultimately you’ll be playing pretty much the same game every time. There’s no winning through peaceful diplomacy or magical mastery here, just the long guerrilla war and the final victory against overwhelming odds.

Fortunately, that’s an enjoyable tale to play out. Sorcerer King’s fatalistic themes are tied cleverly in to its mechanics, resulting in the first game in the Elemental series that really feels like it has a distinct identity. Smart, funny writing and some efficient world-building help avoid the self-important pomposity common to the fantasy genre. Some may miss the scale and strategic variety of other games in the same field, but if you’re bored of the familiar fantasy 4X template and you’re looking for something that feels fresh, Sorcerer King comes recommended.

When you’re finally ready to take him on, busting down the Sorcerer King’s front door is all the more satisfying after so many hours of being a thorn in your side. 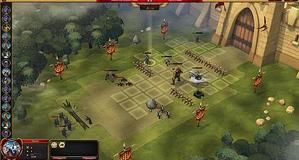