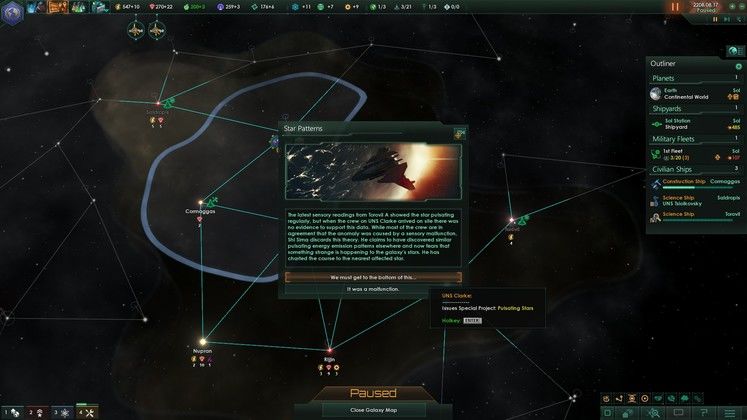 The 2.0 patch upheaved everything Stellaris stood for, dividing the playerbase in half between those that wanted a unique sci-fi game and those that preferred Europa Universalis in space. The first DLC after that major update is Distant Stars, a “story pack” similar to Leviathans back in 2016.

Like its predecessor, Stellaris’ second story pack adds nothing in the way of race or empire creation, instead focusing on developing the actual moment to moment gameplay via new mechanics and events. It greatly expands the pool of anomaly occurrences while adding new systems and creatures to discover, including unique named systems that offer bespoke layouts and names. 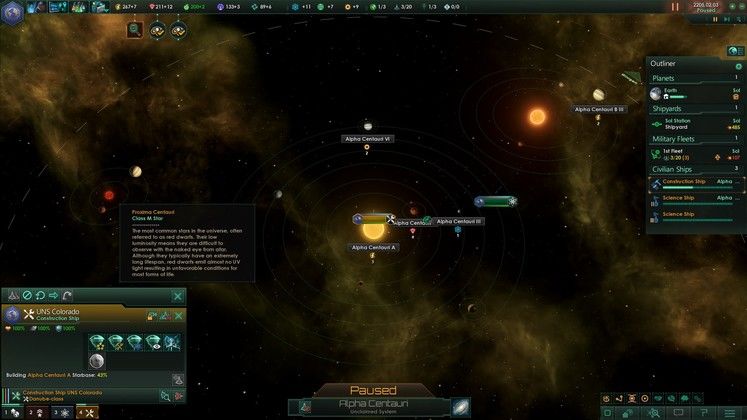 The first big addition comes in the shape of L-Clusters, special gatherings of star systems located just outside the galactic rim. Each map is generated with a single L-Cluster which can be accessed by multiple L-Gates throughout the galaxy. These gates all connect to the one in the cluster’s “Terminal Egress” system, but they’re locked in a looping maintenance mode and must be unlocked via exploration and research.

The L-Clusters were hyped to be interesting and obscure with multiple outcomes when opened, by in both of my playthroughs I’ve came across ordinary systems with nothing but several specials resources. Aside from the obvious tactical advantage of controlling a secluded collection of star systems unreachable by normal travel and with instant access to far corners of the galaxy, the L-Cluster is little more than a novel distraction. 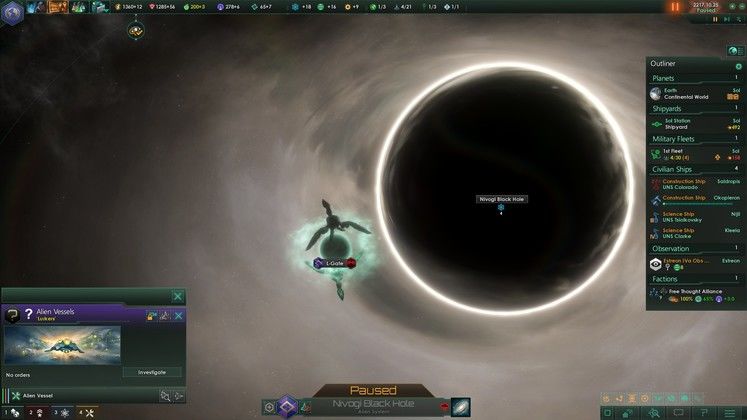 The anomalies, on the other hand, are amazing. One of Stellaris main strengths has always been it’s writing, and Distant Stars nearly doubles the amount of anomalies available to be encountered. Unfortunately, the vast majority of them are still one-off occurrences instead of awesome multi-step plots, but at least they can no longer be failed and always give you something for investing your time.

Finally, the DLC adds three new Leviathan units in the shape of the Voidspawn, Tiyanki Matriarch, and Scavenger Bot. Stellaris main problem has always been interaction – you lack diplomacy options, Federation options, negotiation options, communication options, et al – and that remains truth here. The new Leviathans are interesting creatures, but like the original behemoths, they can only be interacted with in a couple of ways thoroughly controlled by the developers. Like the original ones, the interaction often devolves or is restricted to violence solely. 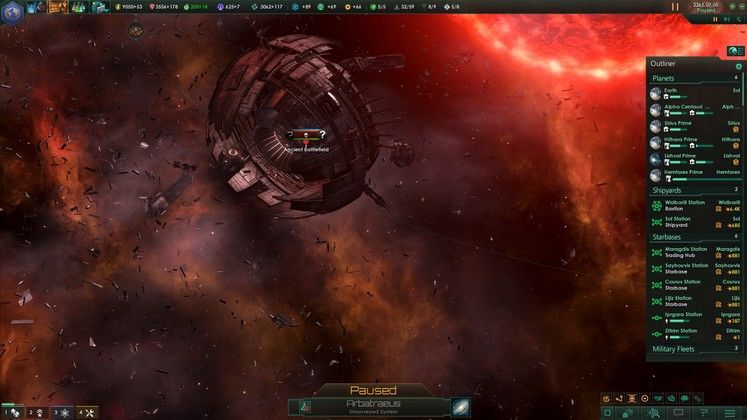 In the end, Distant Stars is worthy it for the extra anomalies and the novelty of the L-Clusters alone, though it’s hardly a must have. Paradox’s ongoing support is commendable, but the studio has consistently failed to fix issues that have plagued the game for nearly three years now. The Fleet Manager added on 2.0 is still utterly broken; sectors are still useless by removing 25% off your resources when delegated’ and diplomacy, trade, and interaction with other races is still shallower than Total War games. As fun and welcome some of Distant Stars’ additions are, the downtime between them still becomes a very flawed mess.

A sizeable, if not drastically altering addition.

Discovering all the anomalies and systems is always fun.