'Tis but a flesh wound

There’s very few things in video games as satisfying as good melee combat. From Street Fighter to the first Assassin’s Creeds, all the way to the magic that is Batman Arkham’s Freeflow system, beating the virtual crap out of someone feels intensely satisfying. The Surge 2, while completely different from the power fantasy of the previously mentioned games, successfully captures the satisfaction of good combat and couples it with the sci-fi dystopian setting of the original for an extra dose of highly unforgiving engagements.

Taking place in the futuristic metropolis of Jericho City a couple of months after the first game’s events (and the eponymous, mysterious “surge”), The Surge 2 is surprisingly scarce on background plot. You start by creating a character and choosing their background – first aider, manager, worker, et al – who happens to be flying into Jericho City as the surge hits. Your plane goes down and you wake up in the penitentiary’s high-tech infirmary a few weeks later, ready to break out by wielding heavy-duty (and very impractical) defibrillators as improvised meat pounders. 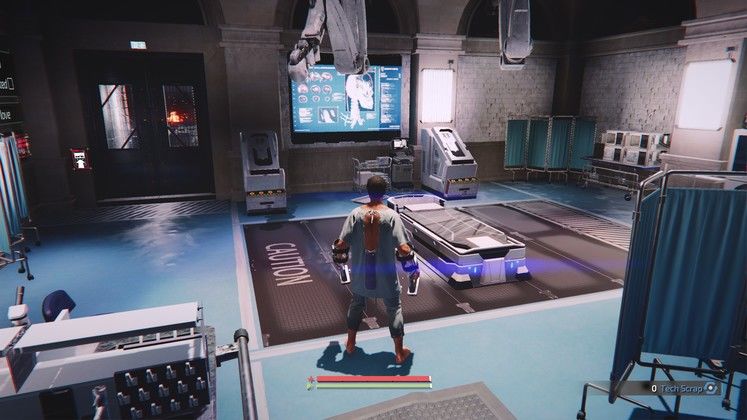 As you find a way to survive, meet survivors, and look for answers, you will fight through high-tech environments, futuristic factories, and artificial parks on your quest through Jericho City. While it has story developments as the game progresses, The Surge 2 feels wholly built on its predecessor and indeed expects you to be familiar with it – while the gameplay is laid down via tutorials, many recurring characters, groups, and mentions will be completely meaningless without proper knowledge of The Surge. In more ways than one, it feels like the story is more than secondary to this title; it’s a straight-up afterthought in a game purely built around difficult combat.

That’s undoubtedly by design, and not necessarily a bad thing – while many titles have combat as part of an adventure storyline, The Surge is a similar game to Dark Souls: the whole purpose of its existence is the combat itself, and all of its focus is on learning, expanding, and mastering that combat. 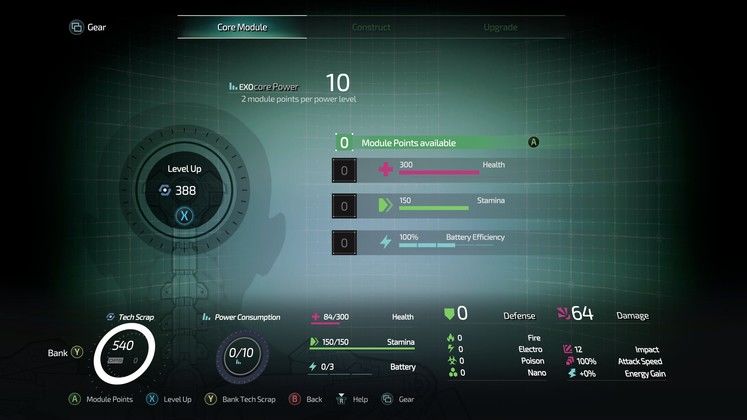 In order to do that, you start with vertical and horizontal attacks and make way to dodges, directional parries, and special attacks. All throughout, you must specifically target body parts using Surge’s signature limb-cutting combat – as you pile up hits upon the enemy, your exoskeleton’s battery charges and you’re able to execute a finishing move. Take off a head, and you get some implants; lop off an arm, and you get their weapon; so on and so forth.

We experienced a few issues with the directional parrying, which acts as an upgrade to blocking and requires you to direct your block to the angle of the incoming attack. Due to a combination of feedback, bad tutorials, and perhaps broad indicators, I never felt overly comfortable with what was required of me. However, all other abilities were instantly effective – drones, implants, and consumables were easy to use and the controls allow you to effectively target your desired body parts in a sec with attacks that are easy enough to perform, leading to satisfactory combat that doesn’t have the rhythm and badassery of titles like Batman Arkham, but definitely captures the general spirit of Dark Souls.

As you expand your arsenal with new weapons, armour pieces, and utility items like drones and implants, you also gather resources that can be used to upgrade these items and your character. Given the hardcore nature of the game, which respawns all enemies upon your death and makes you rush on a timer to recover your fallen “scrap” – Surge’s currency – the ability to sustain more hits or perform more swings is invaluable, so expect to be visiting the upgrade station often to either upgrade your gear or bank any currency you have to not lose it upon your inevitable death. 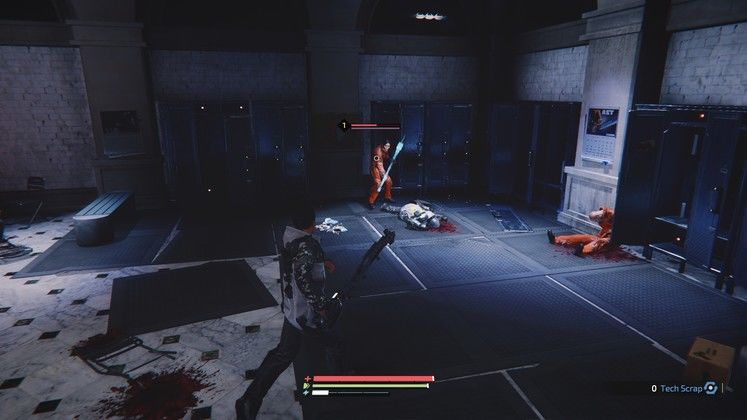 Technically, the game performs well enough. Graphics are nothing to write home about, having a distinctive patina even in 4K that reeks of console games. The character movement is also somewhat less than ideal, with a certain floatiness to general mobility – weirdly, that all goes away during actual combat, which has a fantastic tangible feedback both when swinging your weapons and blocking your enemy’s. The combat truly is the high point of Surge 2.

At the end of the day, The Surge 2 is a very single-minded and effective game. If you’re put off by excessive difficulty or unreasonable effort, this game will tick you off.

If you want a sci-fi, difficult timing-based combat game with that unforgiving hardcore Dark Souls touch, you can’t go wrong with The Surge 2.

Cutting up that annoying boss in pieces halfway through the game.