Three Hurrahs for Paradox and Victoria 2

My favourite film of all time has to be... oh wait, I've done this already. Barely two weeks have passed since our preview, and after an extensive play test we're ready to give you our final impressions on Paradox's Victoria 2. As expected, little of significance changed between the preview build and the review build (which is one of the problems of previewing a game so close to release, actually, but there you go), but with a game like this, there's still plenty to talk about.


One thing you will probably be interested in knowing about is the state of the release build itself - considering Paradox is sometimes known for releasing games that still require a bit of work doing (Hearts of Iron III springs to mind here), Victoria 2 is actually pretty stable. The major bugs we encountered during the preview build have been fixed, and so far nothing quirky has happened. That's not to say there are NO bugs - everybody's playing experience will be unique, and you only have to look at the bug report forum to prove that, but there doesn't appear to many consistent or game breaking bugs at the moment.

That's not to say the game couldn't do with some extra work either, but there's nothing unexpected here. In my two years in this line of work, I've reached the conclusion that, no matter how good your QA testing is, no matter how many people you get into a beta... only the feedback that arises out of a public release can really highlight what is left to do. Coming back to Victoria 2, there are some AI tweaks, some balance issues... some things that could be better (but then that's also a universal thing with games) - we could be specific but there's really no point. Despite what has been said so far, this is a very playable and very enjoyable game so there's really nothing to worry about.

Still, enough about the general ramblings, what of the game itself? As we highlighted in our preview build, this is a political and economic game if it's anything. The amount of depth (if we go by the formula charts = depth) that has gone into these two modes is impressive. It can be hard to get to grips with, but aside from the tutorials - which are a must for franchise newcomers - the more you play the more you start to understand.

Everything pretty much ties into effectively managing your population, apart from Diplomacy. Do you want to fight a war? You'll have to make sure you have enough 'soldiers' in your provinces to raise a standing army. Do you want to build a factory? Then you will need to make sure there are enough capitalists to build it for you (unless you do it yourself), and then enough craftsmen and clerks to work in it. Even the political aspect are influenced by your populations desires and aspirations, although this is one of the few instances where it works both ways.


There are a few ways you can subtly manipulate your population into doing what you want it to do - rare National Focus points allow you to emphasise certain pop types or other focuses in a particular region to help meet shortages (they're also used to colonise, but that's separate). Adjusting things like taxes, defence budget etc... can also make certain classes of pops more attractive. You'd be forgiven in thinking that managing your population can require a lot of micro-management, and in some cases it can, but in other cases you can just let it take of itself and only step in when needed.

The political aspect is similar - during elections and through other random events, you can subtle guide what issues your population favour, and depending on how your political system is, this will then translate into who rules your country, and what benefits (or otherwise) they grant you. Unless the nation you're playing as is a democracy, you do have some scope to simply change which party is in charge if you're not happy with what your population has picked for you.

It's a shame that warfare has been abstracted to a very simplistic degree - ask any of the developers and they'll tell you it's not a game that focuses on war, but you still see a lot of it going around. As mentioned in the preview, depending on how automated your economy is, you don't really have anything to do but to make war (so long as your economy can afford it). Whilst the game in general isn't suited to Hearts of Iron's depth, we maintain some elements at least could have been borrowed to give this a more a rounded experience, but it's still enjoyable as is.

The real fun of the game comes from what you can do with any given country. Granted, with over 200 playable nations, some of the smaller or random ones have had less work done on them, but many have their own unique events and actions that they can take. Play as Sweden or Denmark, for example, and you can form 'Scandinavia' if you unite the Nordic lands. Most of the German states can form Germany, the Italian states can form Italy, and so on... It really gives a sense of purpose to you game, aside from just trying to be 'the best', and they are immensely satisfying when completed. There are a few generic ones that everyone gets, but there are a lot of well thought out and interesting tasks to accomplish.

There's a lot more one could talk about, but hopefully you're getting the idea right now. This is a wonderfully deep game, and its sandbox nature is much more open than Hearts of Iron III was and so it's much more enjoyable at the beginning. There's also a peculiar thrill in taking a secondary or even a normal civilised nation and crafting it into a great power, much more so then playing as an existing great power and just maintaining the status quo, if we're being honest. Being a true patriot my first play through was as Great Britain, and in all honesty it got a bit boring after a while.

Victoria 2 is one of those games where it’s easy to expect more from it than it can actually give. Giving its dedication to history, depth, strategy etc… fans can get a bit carried away. Newcomers to the franchise may find it hard to get to grips with at first, but the tutorials do a decent job of easing you in, and as we said, the more you play the more you learn! This is another respectable addition to the Paradox roster, and despite being pretty good already, it can only get better as time goes on.

Accomplishing a major task like forming Germany, or Scandinavia, or some other pan-national entity. Very satisfying. 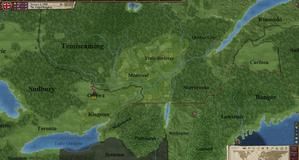 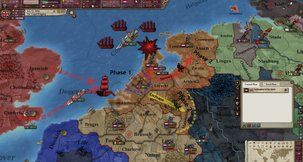 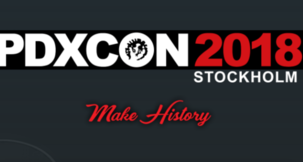