The return to war 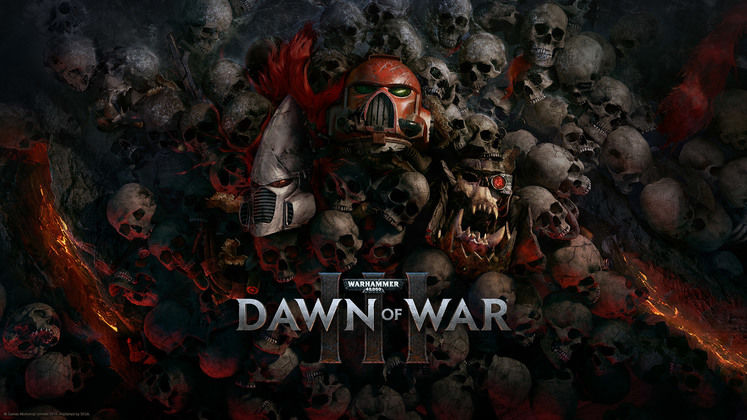 Warhammer 40,000 Dawn Of War 3 is a game that fans of the franchise have been long awaiting. The critically acclaimed and highly successful series is one of the only Warhammer 40k franchises that has consistently produced great games. Dawn of War 3 looks to blend the mechanics of previous games and add a few new ones in, to once again create something new.

Dawn of War 3 incorporates MOBA style elements into its core combat and multiplayer with the new elite unit system. Elite Units can be levelled up and acquire new passive abilities that effect basic line units. This couples with more traditional RTS elements such as base building and resource production.

The return to war...

The stylised graphics of Dawn of War 3 work very well and everything from the maps to character models look great, however, fans may have wanted a little more detail which is something that is certainly a mixed bag at times. Performance wise, the game runs very well even on the more highly packed scenes, a solid 60FPS was maintained with ease. 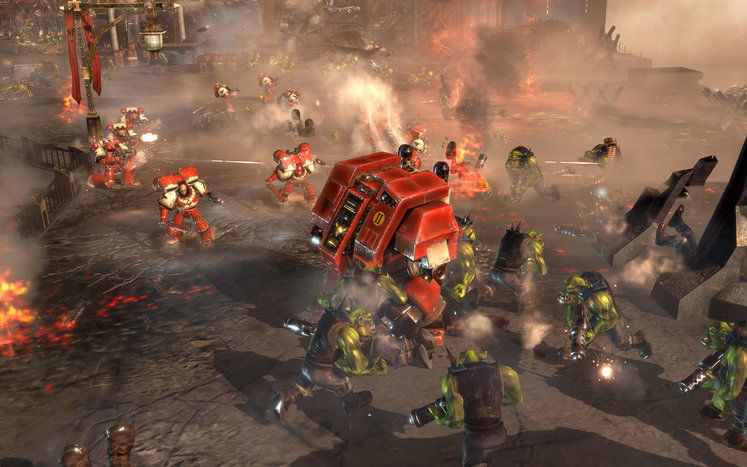 Dawn of War 3 has brought an interesting blend of genres and for the most part, has executed that blend very well. The single player campaign has a solid story with a decent length that should satisfy fans of the previous titles. The new elite system works well but lacks the overall customization of DoW2 which is something that was fairly missed in places.

The multiplayer provides a competitive experience that holds some minor balance issues. The MOBA inspired power core mode is surprisingly enjoyable and allows for some impressive comebacks for the tactically adept. The post-launch support for the multiplayer will be crucial to the longevity of the game and the lack of variety, in terms of the game modes, does need addressing. 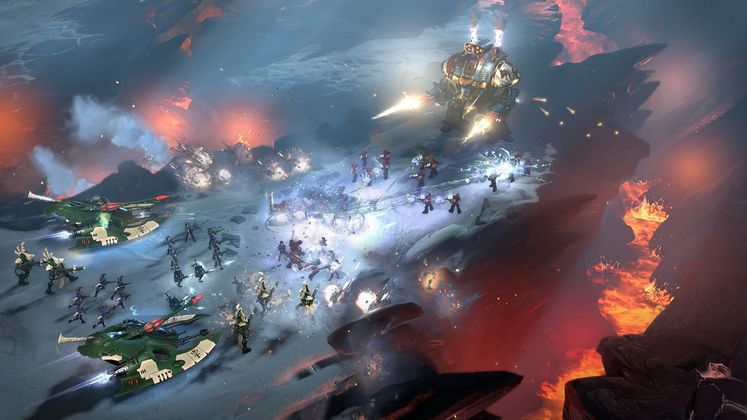 A solid third entry for the franchise that executes its mechanics very well. Sadly the lack of multiplayer modes at launch is disappointing but a great game that should please many.

Using an elite to wipe out multiple squads, now that is satisfying.