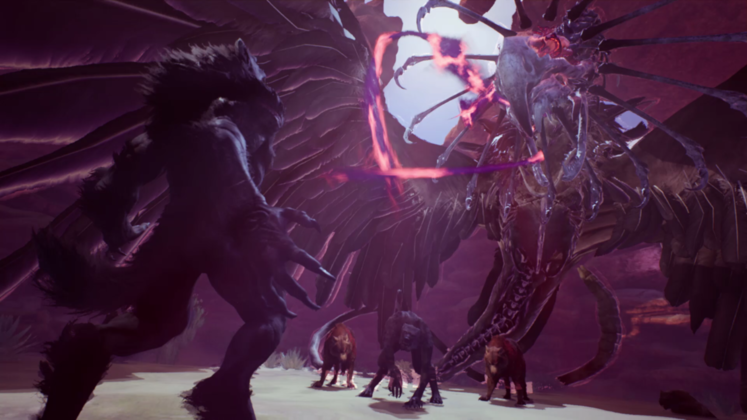 Announced in June 2019, Werewolf: The Apocalypse - Earthblood, based on the World of Darkness book of the same name, was met with high expectations by the fans of supernatural RPGs. With yet another postponing of the much awaited fan-favourite Vampire The Masquerade sequel, the pressure was all that much higher. As a big fan of the World of Darkness, RPG and supernatural creatures, my excitement in playing this game was through the roof. I only wish it had remained like that.

Werewolf: The Apocalypse is an action RPG set in the universe created by the World of Darkness where all those ancient creatures from myths, vampires, werewolves, wraiths and mages exist amidst humans and have their own society among us. You get a brief introduction at the start of the game about how the werewolves came to be, about their existing deities (the Weaver, the Wyld and the Wyrm) and how their conflict is getting out of hand. The story is set in the American Northwest, where your character, Cahal, is on the brink of a very important mission for your tribe: to invade the evil corporation, Endron, and disrupt their evil plans that are damaging Gaia, the Earth, who the werewolves are sworn to protect. Albeit cliche, the storyline would be fine if there had been any sort of buildup on seeing the corporation’s evilness and your tribe’s involvement in the fight instead of just being told about it right off the bat. Instead, what you get is an overview of the mission, a rushed introduction of the characters and a couple of dialogues with less than a handful of NPCs. 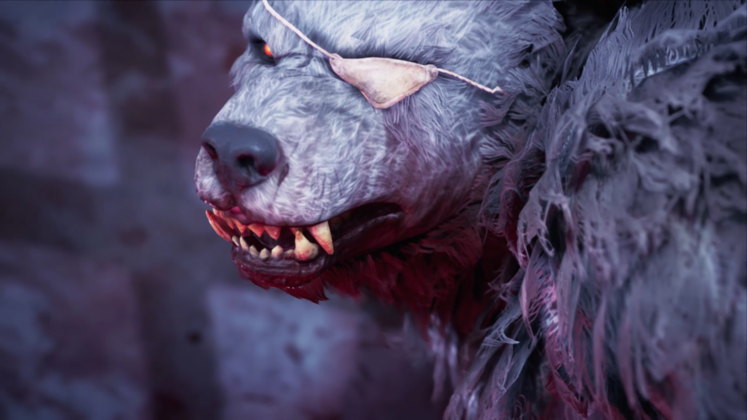 As the mission progresses, you learn the basic commands and gameplay, but while the game has both stealth and action-focused areas, you can only so often choose which approach you actually want to use. As far as stealth goes, you can turn into a wolf form which allows you to crawl through selected ventilation shafts when doors are locked or you can approach unaware enemies from the flanks and knock them down, or even shoot them with a crossbow from around the room. Whenever you enter a battle, you’ll mandatorily transform into your crinos form of a werewolf, which is divided into three combat stances: agile, heavy and, eventually, frenzied.

The fight animations are leagues better than the rest of the animations in the game and they are actually fun enough to play through if you like old school brawl games, which I do. You get the two mouse buttons to perform your light and heavy attacks that have quite a nice animation combo, plus you get to 4 special skills that you may buy with your spirit points. Also, and this was definitely a favourite, you can go about grabbing humans by the head like a football and throw them around a room or basically ripping them to shreds to perform the execution action - aptly applied to the E button on PC. I felt a bit like I was in a mix of a Tarantino film and those old superness Power Ranger games, not gonna lie. 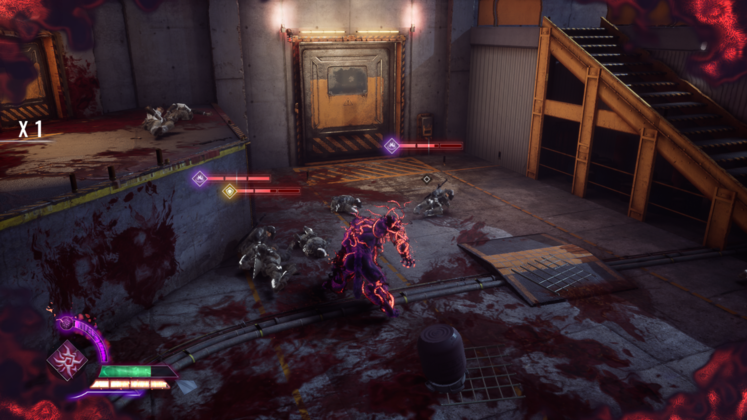 While the fighting animations were great, the character’s, especially while talking, are the complete opposite. During conversations, everyone’s expression is very bland and not at all on par with the voice acting, which is actually really good. The camera placements for some of the dialogues that were supposed to be very emotional were also very poorly chosen. They just look bad and awkward, not helping the voice actors to sell the emotions at all and consequently, making it really hard for you to develop a good relationship with the characters you’re playing as and with. Throughout the game, you are given a few choices in what Cahal will say that somewhat impacts the immediate sequence of events on your current mission or how another character responds to you. I quite liked that cause it gave me a nice RPG touch to a game that was sorely missing. However, those choices appear to you in what I’m guessing was meant to be an immersive first-person line, but it just feels awkward and not really indicative of what exactly Cahal will say. It felt odd to have first person lines in a story that is entirely told in the third person.

Gameplay itself is fine, if unvaried. As with most games, with each level up you gain ability (spirit) points to invest in your stealth game, general wolf or one of the other three stances. The objective marker tells you exactly where to go and thankfully we have a wolf form to make moving around quicker, stealth or not. You go, you chat and follow the next marker and so on. You get a few small side missions as well, but gameplay gets a little more interesting once you get up and close to your enemies however and burst into your crinos form. Although not my favourite style of game, I do enjoy brawlers so I did have fun in the fights. Some were actually quite hard and I had to switch the subforms a bit to get through them, and died more than once in a few of them. You can also execute your enemies or throw them against each other which is cool. 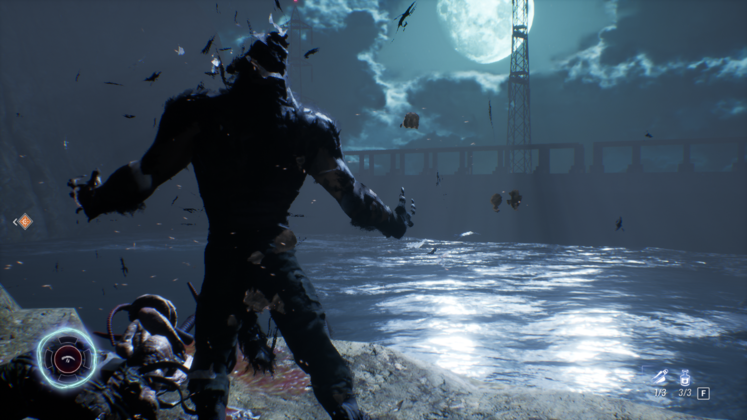 Before the game was even released, the first thing that stood out to me about it was that you had a set main character, despite it being based on a tabletop RPG game, which would normally mean you’d create your own. Still, I didn’t let that put me off because the trailer looked quite exciting, despite the fact that the main character was a cliché image you have of a werewolf man: tall, bulky and bearded. Nonetheless, I remained very excited about the story, world and, of course, to play as a werewolf. That fell through really quickly plot-wise. When looking at the story, you get a very cliché one: you screw up at the start, run away, but later come back despite being haunted by your past to save everyone. Despite having a small and not very good twist at the end, the story itself didn’t really hook me in all that much, especially the first half of it.

Despite the main mission being to the point and a simple ‘go there do that’, you do have a couple of side quests that could have been way more interesting and immersive than they actually were. For example, right after the prologue you get a quest in which you talk to people from your tribe, and although Cahal is clearly upset while talking to them, you can’t really relate because you don’t know these people, the game doesn’t give you the chance to build a connection to any of the secondary characters, let alone the tertiary ones. The story in general feels very rushed; you aren’t given the time or dialogue to really assimilate what is going on and find out why it should all affect you so much. The characters themselves don’t often feel like they had enough time in-game to go through their own emotions, let alone the players. 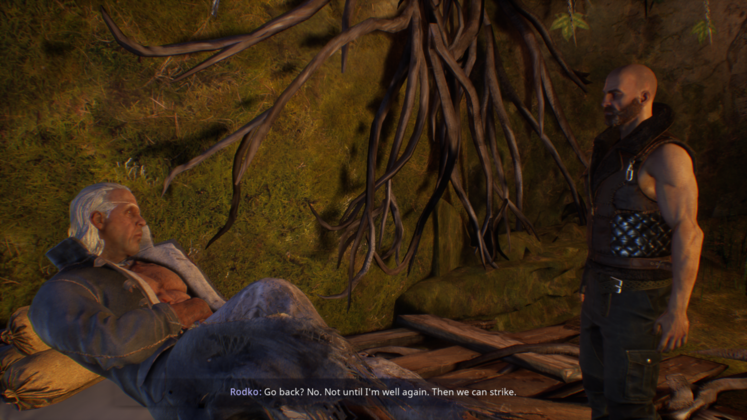 All that being said though, as I mentioned earlier, the game does kinda pick up a bit more story-wise after you leave the first map behind. Some of the missions that follow give you different options as to how to approach and accomplish them that actually impact some of the dialogues afterwards which was really refreshing. I have to point out, though, that I really tried to go stealth in one of the missions but it ended up making me fight everyone anyways even though no one caught me. I hope it’s a bug, because it really came out of nowhere and it was very upsetting after feeling so accomplished for managing to successfully be stealthy for once, but I have to relate what I played through. It turned out to be a cool fight though.

In general, Werewolf: The Apocalypse - Earthblood is quite disappointing; the story felt way too rushed, the voice acting had more depth than any of the characters’ animation (especially while interacting with each other), and the missions were far too straightforward for most part – there’s simply not enough build up for you to care about anyone save maybe a couple of characters. The game is also not very long, and since you don’t really have a lot of world to explore, you can be done with it quite quickly – after leaving the second map, the rest of the story is pretty much a straight shot to an ending that is very indicative that there’ll be a sequel. As far as recommending Werewolf: The Apocalypse goes, I’d say fans of the style should maybe wait for a sale.

Good voice acting and cool, bloody werewolf fighting sequences could not fully save the rushed story and flat facial animations of this one-dimensional take on the rich World of Darkness universe.

Once you enter a frenzy with a lot of enemies all around you, it’s actually kinda fun to go on a rampage and absolutely destroy everything in sight. 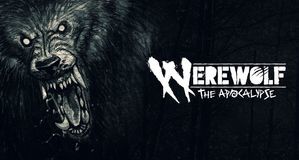