Can an indie studio match up to the might of Firaxis in their attempt to revive a classic?

Imagine if you will that you're an indie developer who has decided to quit your previous career to embark on a passion project. That project is to revive and remake a classic game from 15 years ago, one that remains beloved by gamers, yet ignored by the major studios and in danger of fading into obscurity. Buoyed by the support of a fervent if niche community you plough your time and resources into making something that can match the experience you recall from all those years ago, allowing a new generation to experience that same thrill you once did. Then imagine that half-way through your tortuous development cycle the game serving as your inspiration is revived to critical acclaim and commercial success. It beats you to release by over a year. Your response may resemble 'Gosh darnit!' though doubtless ridden with expletives, written in all caps, and followed by half a dozen exclamation marks.

That's pretty much what happened with Xenonauts. A remake of X-COM that emerged before remakes of X-COM were cool. It has only made its way to release finally thanks to a Kickstarter campaign that backed it to the tune of $150,000 - back in the days when we weren't all completely sick of Kickstarter campaigns. Firaxis' XCOM was a flashy re-imagining, with cinematic cameras, a simple but elegant cover system and a stream-lined strategic meta-game. Xenonauts takes the other approach, retaining the complexity, depth and isometric perspective of X-COM while overhauling the aged interface and pixel sprites with sleeker versions.


In terms of what has changed from X-COM - UFO Defense (the game on which Xenonauts is modelled) we have a new setting in the form of the cold war, which pares down any sort of future soldier aesthetic, replacing it with nostalgic artwork and including weapons of the era. This doesn't fundamentally change the game a huge amount, as you'll still be researching alien technology and upgrading your own arsenal accordingly, but it does allow for some nice period-style art. In terms of the research tree it's a huge branching thing (over 100 techs in all) and until you've explored all the options, there's an element of guess-work involved as to exactly what benefits you'll get. Eventually you'll be able to kit your soldiers out with advanced armours, plasma guns as well as build more efficient interceptors and even ground vehicles that can be sent into the turn-based tactical game.

Perhaps the best thing about Xenonauts is the work it does in cleaning up the awkward and unnecessary complexities of the original. For instance in classic X-COM you were required to equip each of your soldiers manually, ensuring you have enough ammo for their weapons at all times - even going as far as ordering bullets on the strategic map. This is automated now and you simply set a soldier to one of your saved roles and they're re-equipped between missions, while basic ammo is essentially infinite. It's a relief and shows that the team behind Xenonauts were not just blindly recreating X-COM or reverently duplicating the flaws.


Other updated features include a much expanded version of the Interceptor mini-game. The original amounted to clicking on different icons (which in an era before tool-tips required a manual on your lap or a good memory to decipher) as your aircraft attempt to take down the UFO's foolish enough to invade your airspace. This time around you manoeuvre individual craft and tell them when to fire their missiles, with range indicators and aircraft's differing speeds coming into play. If you find this an unnecessary distraction, you can simply auto-resolve. It's nice to have the option to fight these battles, but obviously it's not as central to the game as the ground based combat and I suspect most people will simply choose to skip these battles.

The ground combat is where Xenonauts really comes into its own and where its faithfulness to the source material pays off. X-COM was ever a tense game, where the death of a unit was only ever a turn away and that's true here too. The time units system of the original is retained meaning you have limited movement and opportunities to shoot within a single turn and need to be very careful about how far you move. If you simply charge around trying to find your foes, you're going to end up with a big pile of dead soldiers. While Firaxis' XCOM focused on small squads of up to six, here you can take 10 soldiers into battle (less if you plan on taking ground vehicles with you). However they are very very fragile, especially in the early part of the game. it's possible for a misstep to see half your soldiers wiped out as the rest start to panic, dropping their weaponry or simply going berserk. Even your veteran soldiers retain that fragility and a mistake leading to their premature demise can be heartbreaking.

Xenonauts isn't the first game to try and replicate the magic of the original X-COM series. As well as the obvious recent acclaimed remake there have been various other efforts at reviving the premise. The UFO series in particular fell well short, vital components of the X-COM alchemy were often missing draining them of tension. But the biggest compliment to pay to Xenonauts is that around 10 missions into the game I started to get knots in my stomach, waves of anxiety grew as I threw my veteran campaigners into danger once more.


My soldiers closed in on a crashed UFO, larger than any I'd previously taken down and the mission had left my most experienced sniper hanging onto life by a thread. I knew that upon opening the door I'd be greeted by resistance of some kind and my fears were confirmed as the UFO's deck was inhabited by several aliens, fortunately one of the weaker species - but worryingly entrenched behind cover. My soldiers took their turns, out-doing each other in terms of total incompetence. I managed to retreat them all outside the craft before allowing the aliens to do their worst and moved my Hunter armoured vehicle into range, hopefully positioned to take a reaction shot if the aliens tried to counter-attack. Of course, they did and it was at this point my Hunter gunned down LT. Asta Jenson one of my most experienced and capable soldiers who had been unable to move from the line of fire. Obviously being a non-cowardly veteran at this point what definitely didn't happen was that I didn't slam my keyboard in rage and load an autosave. Ahem.

Xenonauts is a faithful modernization of a classic. It retains the features that made X-COM such a tense and memorable game, with base invasions and a gigantic open-ended campaign of depth and freedom. If Firaxis’ revamped take on the series felt a little too directed and linear for you, then Xenonauts is likely to delight. By removing the fat and giving us a non-headache inducing UI, the games strengths are allowed to shine through and they remained undimmed by the passage of time.

Completing the research and construction of a new toy and giggling with delight as you turn the Alien’s weapons against them. 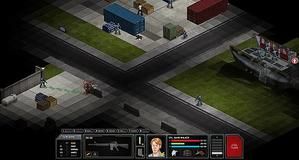