It costs HOW much to raise an army? 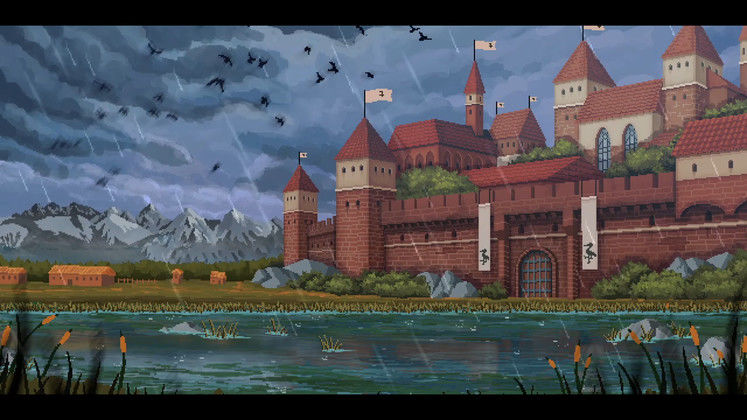 You know who sucks? Kings. I know it’s a real hot take to say in 2020, but I think we can all agree that monarchies aren’t the best way to rule a country. It’s not very efficient to impose a divine right on someone and assume they’ll make the best choices. But it would be inaccurate to say there wasn’t an appeal. Who wouldn’t want to have an unreasonable amount of power? It’s why we have plenty of games that have you play royalty. From the cerebral Crusader Kings series to the cutesy-yet-brutal Long Live the Queen, there are plenty of games to scratch that historic itch. It makes sense then that today’s title succeeded its Kickstarter back in 2014. Join me as we realize the struggles of medieval kinghood in Yes, Your Grace.

Yes, Your Grace has you playing King Eryk: leader of the kingdom of Dravern. Unlike History of the World: Part One, it is not good to be king. Armies are marching into your territory, you are without a heir, and you’re juggling that with the needs of your people. Will you be able to face the challenges of being a king, or will you just be destroyed by your responsibilities? A worthy comparison can be made between Yes, Your Grace and Game of Thrones. Both involve low fantasy, a heavy focus on intrigue, and the politics of medieval society. It might not be as intense as Game of Thrones, but It’s an engaging experience. Even though you play as royalty, there is an emotional heart to the game. Eryk’s family is incredibly likeable, and that’s not easy to do. Even Cedini, Eryk’s youngest daughter who keeps trying to make pets out of snails, foxes and bears, is really endearing. She’s somewhat annoying, but in the way most children are. It’s reminiscent of classic TellTale games, with a mechanical simplicity used to focus on emotional gravity. 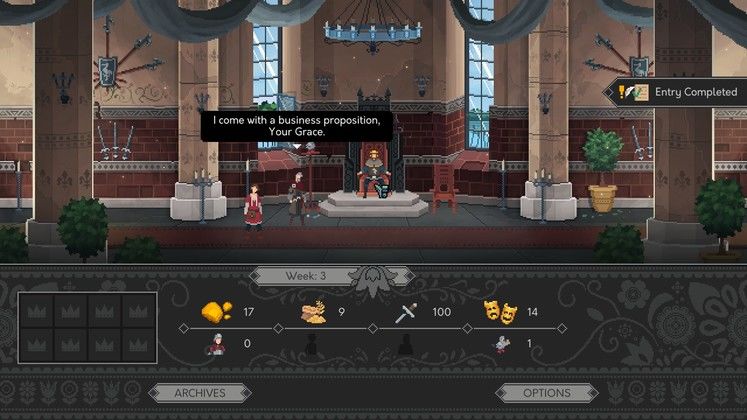 While Yes, Your Grace is described as an RPG, that is somewhat inaccurate. Rather, it’s a light strategy game where you balance resources. Each day has a group of peasants requesting help, whether it’s a new business venture or a plague hitting a village. It’s a tricky balance to hold as you choose between saving up supplies for your army or helping your populace. Their contentment counts as a resource to boot, so ignoring them completely can be as detrimental as fulfilling their every whim. The game also has some minor point-and-click adventure elements, but there’s a reason they haven’t been mentioned. While the game is introduced with them, they aren’t focused on. There are some vital elements that use them, such as finding clues for a murder, but they won’t be a selling point. One can argue that’s not a bad thing. Again, like TellTale’s formula, the point and click aspects are played down. This allows for a greater focus on the story, but this can still disappoint some gamers.

Did you ever play Fable 3? Remember the game’s final act where you finally became king and had to balance the needs of the people and your resources thanks to an upcoming danger? Imagine a whole game like that, but it doesn’t suck. Rather than Fable 3’s jarring ending, each key event of Yes, Your Grace is properly telegraphed. You know when each act will end, giving you a general idea of the odds stacked against you. I’m also reminded of This is the Police, another game with a focus on strategizing resources. While that game made it very easy to stay in a perpetual cycle of failure, it’s possible to turn things around in Yes, Your Grace depending on your decisions. 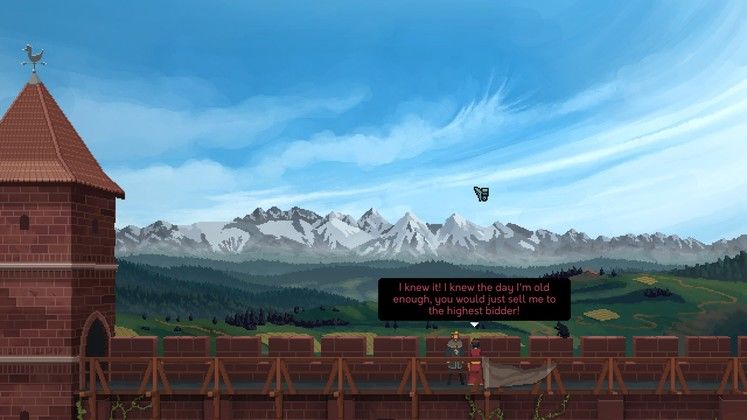 However, its brutality is somewhat illusionary. I was able to finish the game without much difficulty, making for an easier game than expected. Since it is a short game, there aren’t very strict mechanical punishments. Instead, the best punishments are narrative-based. When I gave my second daughter to be married for a chance to defeat an army, I was filled with regret. Could I have survived without making my daughter suffer in a loveless marriage? Questions like that make me want to replay the game, seeing how certain choices could have saved my family. It might be simpler than other strategic titles, but its accessibility becomes its success rather than its failure.

I’ll be honest, pixel art isn’t really my thing. However, this game uses it to great effect. There’s a lot of neat details to the world, even as it’s mostly relegated to a single castle. It becomes your home, and that’s one of the best things a game can do. There is also some surprising animation to boot at points. When one character faints, there was a lot more detail than I expected.The presentation is also heightened by the game’s music by Carlos Filipe Alves and Polish metal band Merkfolk, which is quite pretty. Its Slavic origins are very clear, and emphasized some heartbreaking parts of the game. I did experience one weird glitch that prevented achievements from unlocking, but that mostly happened if you use the Steam overlay. It’s not a deal breaker in the slightest and is a smooth experience through and through. 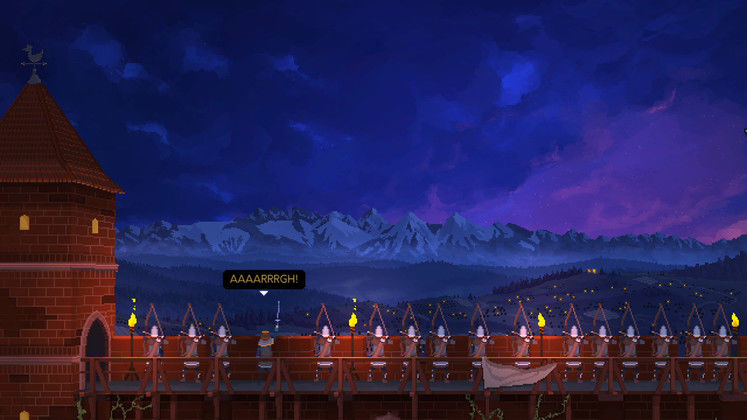 Yes, Your Grace is a fascinating game with heart. Its short length might turn away some players, but it will be perfect for anyone who loves regret filled choices or was burned badly by the Game of Thrones finale last year. If you like your games with emotional variety and anxiety, you’ll enjoy your brief time with Yes, Your Grace.

The climactic battle at the end of the game. Made me hold my breath. 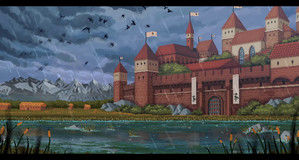 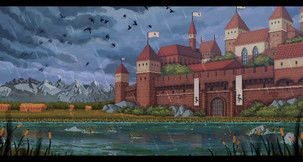