We're currently in the killin' Nazi zombie business, and business is booming

The usage of Nazis in fiction is fascinating, especially in gaming. While they are frequently treated as foes to gun down without guilt, their reasons for being evil are glossed over. There’s an assumption baked into using Nazis in games, that you should already know that they are bad people. That isn’t always a problem, coming to terms with the scale of Nazi atrocities doesn’t make for “clean” fun. That’s the direction that brings us to our current game: Zombie Army 4. Currently an Epic Store Exclusive, it’s as pulpy as the name implies. It might have the Nazis more focused on raising the dead than realistic war crimes, but we’ll see if that works in its own context.

It’s the end of WW2 and Hitler has been sent to hell thanks to the events in the Zombie Army Trilogy. But zombies are still wreaking havoc across Europe and the Allies are now engaging in the aptly named Dead War. With fearsome Hell Towers rising from the sky and the volume of zombies increasing tenfold, forces are overwhelmed in Italy. Thus, it’s up to you and your mates to take out these towers and find a way to stop the influx. 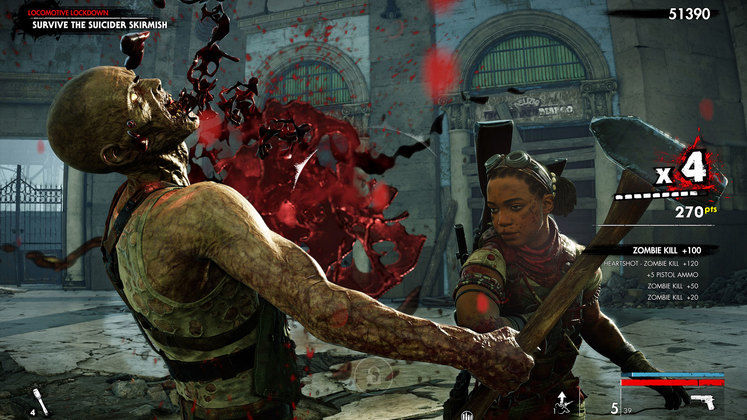 On one hand, the setting and style fits thematically. Italian exploitation films of the 70s and 80s reveled in both Naziploitation and zombie violence, so seeing that adapted to a game fits with the pulpy action. On the other hand, it can come across as unwieldy. Zombie Army 4’s tone is never as cheesy as it could be. This is amplified by the uneven vocal performances. Some performers get in character rather well, whilst some give dry performances. Thus, it never feels silly nor straight-faced enough. It makes enough sense, but it won’t be the driving factor when you play.

Zombie Army 4’s gameplay will be familiar if you’ve played previous games in the series or Left 4 Dead. You, alongside three other friends, complete tasks across Italy as you understand the greater occult presence and kill the undead. Luckily, the fighting itself is really engaging. Using the same ballistics mechanics prevalent in the Sniper Elite series, shots are affected by gravity (and wind in hard mode). This makes dealing with the zombie horde a greater issue and defeating a group all the more satisfying. It’s tough but fair, and it really forces you to be cautious. Exploration also plays a part, where documents and kits to improve your weapons can be found in the world with some exploration.

Alongside the zombie killing you’d expect is the game’s scoring system. Each kill adds to the combo, and keeping that combo alive is the main way to get your score up. Even if it’s not vital to winning, I have definitely caused unnecessary deaths for the possibility of a better score. Rebellion knows how to make you take chances. While the shooting can turn repetitive, the skill-based focus of the combat makes it perfect for someone who likes their fights to have a bit of challenge. Alongside the main campaign there is the game’s horde mode. It’s pretty straightforward, surviving increasingly difficult waves of zombies as the map expands. However, it’s still good fun with friends. While it can be frustrating to die in the campaign, it’s expected in Horde mode. It allows you to practice your skills in a more constrained area, letting you prepare for higher difficulties and trickier monsters such as the dreaded Butcher.

By killing zombies and succeeding in campaign/horde levels, you receive experience to level up. Higher levels unlock more slots for perks, cosmetic items, and even some weapon upgrade kits. It’s definitely fun to level up, but it’s fun the same way all leveling is. It’s the joy of watching numbers rise, and that feels dissonant to the game’s greater focus on skill. It’s like the game knows how repetitive it can be and adds this leveling system to force engagement. This is contrasted with the game’s perks, with some being unlocked by completing tasks or higher combos. It doesn’t reach the point of cognitive dissonance, but it’s not as confident as the game proper. 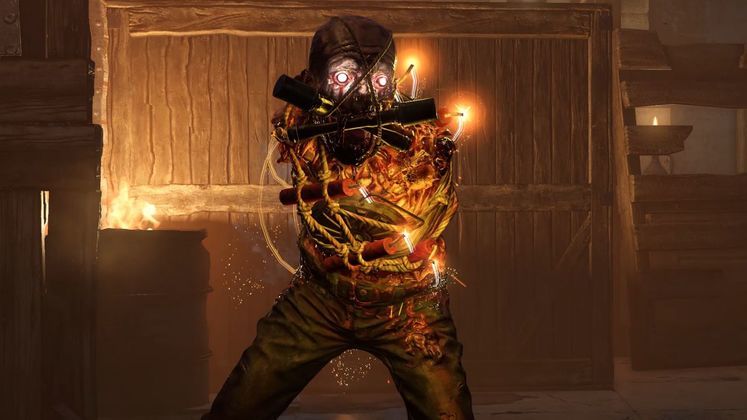 It took me longer to get Zombie Army 4 running than I’d like to admit on my MSI GL63. But once I updated my drivers, it ran pretty smoothly. It’s neither the prettiest or ugliest game, exactly what you’d expect from a game being about Nazi zombies in Italy. But it does have some stand-out moments thanks to its monster design.

Zombie Army 4 is filled with body horror, especially with leather-clad Generals and the skimpering Creeper (no affiliation to Minecraft). It’s probably the most visually striking thing about the game. Many creatures would fit right into a Hellraiser flick and cement the game’s scarier moments. This is also helped by the sound design. While the synth-focused soundtrack can turn grating (especially the jingles when you pick up ammo or weapons), the sounds of the undead fit perfectly. I am especially fond of the Suicider’s screams, which are perfectly hellish and are a great reminder to run away. 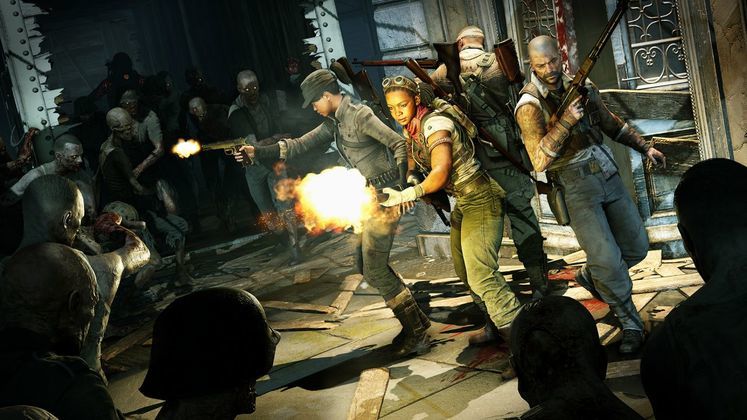 There is a ton of fun to be had with Zombie Army 4. But that fun, like most vices, is best in moderation. Its skinner box sensibilities alongside gameplay that turns stale fast makes for a game you cannot binge. It’s a simple pleasure to kill zombies, and you’ll get that if you want it with some solid mechanics. It’s a weekend game, something to play once in awhile when you and a friend can find an opening in your respective schedules. But if you don’t find splatter engaging, you won’t miss much.

Aiming a shot that shattered two zombies in the skull and exploded another’s organs with a ricochet shot.