Bandai Namco has revealed a few different upgrade options for PC Dark Souls 2 players who want to pick up the forthcoming enhanced edition, Dark Souls 2: Scholar of the First Sin.

Rather than forcing us to splash out full price for the game again, there are two separate prices; one for those who own the original base game only, and one for those who've already bought its DLC.

Dark Souls 2: Scholar of the First Sin, the upgraded version of > From Software's entertaining fantasy action RPG sequel, has had its EU release date moved forward a week.

That means it will now launch simultaneously in Europe and North America. Those who aren't keen on buying the game again just to receive some extra content and the graphics that were used to demonstrate the game in the first place (grumble), will receive a free patch today.

One of the new additions that the upcoming Scholar of the First Sin remastered edition adds to Dark Souls 2 is an NPC invader known as The Forlorn.

Hunting players down “with deadly skill and tenacity”, The Forlorn will show up at inopportune times to carve you into pieces with his mighty zweihander.

Dark Souls 2 will get a free patch next month, in preparation for forthcoming Scholar of the First Sin edition

Dark Souls 2 will get a hefty free update next month in preparation for the release of Dark Souls 2: Scholar of the First Sin, the forthcoming enhanced edition which packs up all the currently available DLC.

Available on February 5, the free patch adds a new character, the mysterious Scholar of the First Sin himself, and a raft of other additions and fixes. 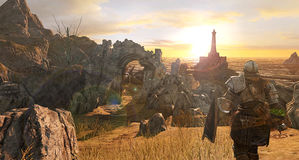