Eight simulators bundled at 96% off with airports, bridges, skyscrapers and more

Enjoy simulators as a guilty pleasure? We've all been there. Well, Bundle Stars have thrown eight sim titles together and have taken a hatchet to their collective price tag. Extreme Sims for just £2.88.

Russia Under Siege DLC released for Dogfight 1942 on Marketplace

City Interactive has announced a new downloadable content pack for Dogfight 1942, called Russia Under Siege, where gamers can become elite Russian fighter pilots and duke it out over Leningrad and Kursk, and take revenge on the Nazis over Berlin.

City Interactive has announced the release dates of two of its upcoming games. Combat Wings: The Great Battles of World War II will be arriving in North America on the 7th February, 2012 and Europe a few days later on February 10th, while Sniper: Ghost Warrior 2 will be hitting Europe on the 16th March, 2012 with the North American release following on the 20th March. 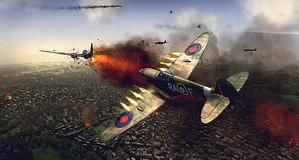