Newly Kickstarted Larry Laffer returns for one more desperate fumble in the city of Lost Wages..

It's not a hoax - Leisure Suit Larry: Wet Dreams Don't Dry is real, and there's both a live-action teaser and a Steam page up for it right now.

Replay Games has announced details about their upcoming update to Leisure Suit Larry: Reloaded, which is actually available now but as a timed exclusive for Android. It'll be out on PCs in two weeks.

A scoring system is being added by creator Al Lowe with 50,000 points to mine, with achievements also written by him. Polish and Russian languages are included as well. Spa-see-ba.

Replay Games has announced that the remake of the classic Leisure Suit Larry in the Land of the Lounge Lizards will be hitting retail on the 29th October, after having been available digitally for the past few months.

Replay Studios has issued a short but sweet press release announcing the availability of the retail version of Leisure Suit Larry Reloaded this coming July.

Everyone's favorite virgin Larry Laffer is now available to play with, as Leisure Suit Larry Reloaded is finally available for purchase, after being delayed from its May launch. 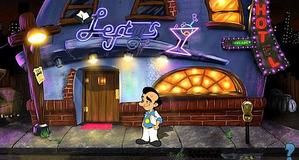 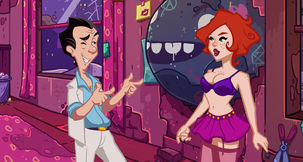