Mortal Kombat X had a very rocky launch on PC, with non-working features and game-breaking bugs. It was so bad that Warner Bros eventually gave up on support for it, no longer offering the updates that came to the console editions. When the full collection of Mortal Kombat XL was released, it was released for consoles only.

It's been a busy few days for NetherRealm Studios as they prepare to role out a slew of new content and changes for their renowned fighter, Mortal Kombat X. There's new online systems, DLC, and a collection of the game and all currently known content on the way. The bad news? None of it seems to be coming to PC.

Mortal Kombat X online matches have been a little soured by a constant issue of lag. NetherRealm Studios has been getting ready to tackle this for awhile now and it would seem they've finally got something to show for it, or at least something to test. They're getting ready to roll out a Beta for their new online system.

Netherrealm is set to add four new combatants for its ultra-gory brawler Mortal Kombat X in early 2016. The news was originally revealed in a tweet from series creator Ed Boon , the the studio ism't ready to reveal exactly who the new faces will be.

Boon's tweet simply reads “soon...”, and is accompanied by four silhouettes, none of which sport particularly recognisable lines.

I don't usually associate ninjas with weird rock powers, but Tremor is determined to prove me wrong. The earth-powered brawler is coming to Mortal Kombat X on July 21 for Kombat Pack owners, and as you'd expect he's bringing his own unique methods of gory murder. 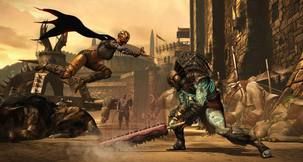 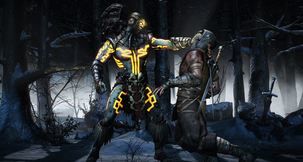 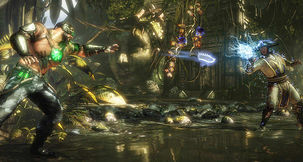