The story for the upcoming Need for Speed film from DreamWorks has been revealed. The premise centres around Aaron Paul's character getting framed for a friend's murder and then seeking revenge.

Actor Dominic Cooper is currently tipped to star opposite as male lead Dino, an ex-NASCAR racer who builds a business out of modifying cars. Need for Speed should screen February 7th, 2014. 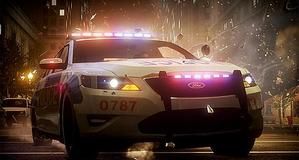