GOG.com celebrates Valentines with free Dungeon Keeper, up to 90% off games

Feel your heart swell this Valentine's Day by surrounding it with gold, as impish minions carve out the very earth around it. GOG.com is running a special lovery dovey sale this weekend with up to 90% off games.

They're giving Bullfrog's classic Dungeon Keeper away for free - the only actual free-to-play one in existence. They'll be running a promotion all weekend for games built for two.

A modder named Drew Rechner has finished a seven year project - recreating the entirety of Baldur's Gate as a mod for Neverwinter Nights 2, calling it Baldur's Gate: Reloaded.

The latest victim in the hacking epidemic has struck Bioware this time, with the accounts of 18,000 users of the Neverwinter Nights forum being invaded. According to the developer, account names, email addresses, passwords, country and birth dates "may have been exposed". Fortunately, no credit card details were exposed and Bioware reassured users "we have never collected social security numbers."

It needs to be of the "highest possible quality" and Cryptic admit they "had to improve" everything. In their MMOs "nothing was polished." 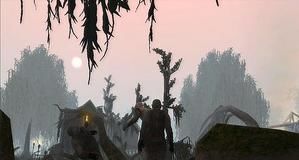