Mojang's hotly anticipated card game Scrolls is now available on PC, Mac and Android tablets, moving out of Beta phase after over a year.

If you fancy trying out its brand of strategic card-flipping, there's some good news; you can grab a free demo from the game's website.

Mojang's card game Scrolls is on the way this November

Scrolls is the next game from Minecraft developer Mojang, and after a lengthy period in development marked by Bethesda getting snotty and litigious about the use of the world 'scrolls', it's finally on the way.

Currently playable through an open beta that's been running since July last year, the collectible card battler will be released in its final form in "late November", according to Mojang’s Owen Hill.

Scrolls owners can gift copy to friends for free

Mojang has announced that gamers who own a copy of their collectible card game Scrolls can gift a code to friends for free for the holiday season.

Mojang giving away giftable copies of Scrolls to owners

It's a Grinch free zone over at Minecraft creator Mojang this winter as battle card owners of Scrolls have been given a free giftable copy of the game to give out. It is the "most Christmassy time of the year" after all.

They promise there's "no catch!" To get into the festive spirit Scrolls owners need only log into their Mojang account, click 'send to a friend' and then type in a chum's email.

Mojang co-founder Markus Persson intensely dislikes free-to-play games, but collectible digital card game Scrolls may have to do so thanks to flagging sales. 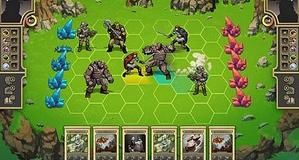 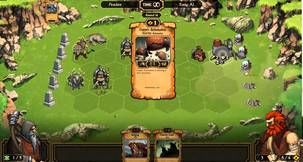