Grip Games has announced that the Part Two content update is now available for the open world exploration game The Solus Project, which the developer promises will add three to five hours of additional gameplay to the main game.

Begin your journey to survive The Solus Project starting February 18

Survival! It’s all the rage these days. So is space! The Solus Project aims to see if those two great tastes taste great together.

The Solus Project gets a new developer diary explaining storyline 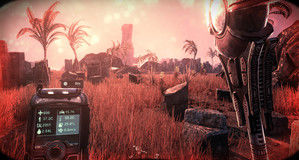