Wildstar Is Getting A New Dungeon, Expedition And Progressive End-Game System Soon

With Wildstar's last big update coming in October, the new year ushers in a new start for the colourful MMO thanks to the Primal Matrix system.

Free to play MMORPG WildStar is set to get a new content update in November. Developer Carbine Studios hit the forums to talk about future content and what will be coming over the next few months. First up will be the Shade's eve holiday in-game celebration which will be in line with this year's Halloween.

The free-to-play MMO WildStar is now making its way on to Steam. If you haven’t had the chance to give it a go in the past, now may be the perfect time. WildStar will almost certainly receive a lot of new players when it comes to Steam tomorrow, so you won’t be the only new person playing the game.

The version of WildStar going up on Steam is exactly the same as the one available directly from NCSoft. WildStar contains all of the original and expanded content, including the recently introduced Destination Arcterra update.

NCSoft lays off nearly half of Wildstar studio’s staff

Carbine Studios, the team behind the sci-fi MMO Wildstar, just suffered a major blow as their publisher NCSoft announced a reduction in staff.

Looks like things are going well for WildStar! The sci-fi MMO made the transition to free-to-play last year, and looks to be hitting Steam pretty soon. Chad Moore, the newly-appointed director of the game gave an update on where things are headed this year. 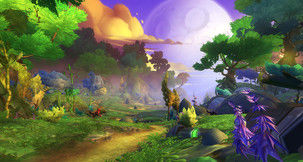 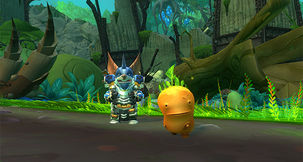 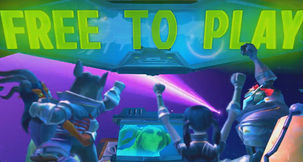