The crowdfunded spiritual successor to XCOM from series original creator Julian Gollop has shown the map and the tense, 4X style exploration of the world, and realistic ballistics.

It's still fairly early in the morning, but nothing gets you up quite like a deep, thumping soundtrack and a mysteriously moving figure. If you want both in your life, check out the newest Phoenix Point teaser trailer down below.

Good Old Games has announced that eleven new 2K games are now available from its catalog. The games include titles from the classic XCOM series, as well as the cult classic Freedom Force roleplaying games. 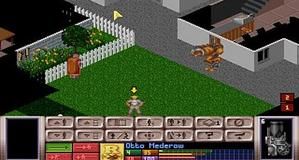