This Hearts of Iron IV (4) mod is a comprehensive and extensive music mod that adds a total of over a thousand historical songs and music, mostly from the 1930s and 1940s and from the general era of World War II, as well as some music from the first half of the 20th century, to the base game of Hearts of Iron IV.

The strategy game Hearts of Iron IV lets you take command of any nation in World War II. 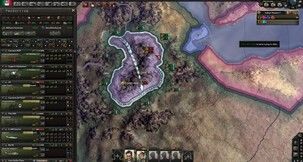 Hearts of Iron 4 Multiplayer Desyncs – What to...