06 March 2008 | By Kres
Play has issued a press release about its upcoming Play.com live event which is set to take place at Wembley Stadium on March 15th to 16th. The press release announces details about a world exclusive first play of Lego: Indiana Jones, but more importantly it reveals that LEGO Indiana Jones: The Original Adventures will hit retail stores on 6th June. 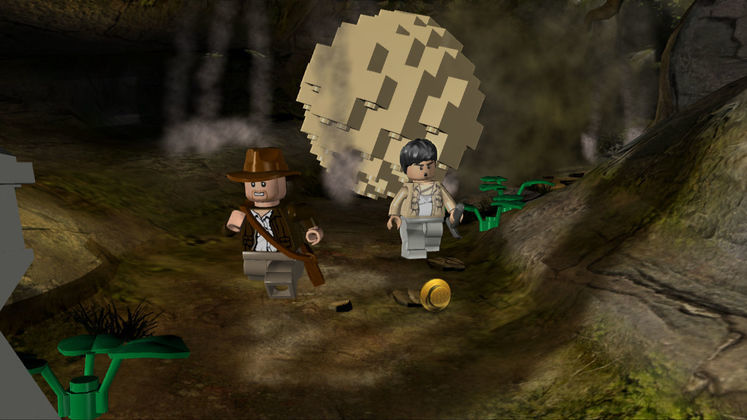 This is a European event, so we're guessing that 6th June will be the date for this region as its likely to be released earlier in North America. We'll keep you informed about that.

6 March 2008 – Activision proudly reveals the World exclusive first play of LEGO Indiana Jones: The Original Adventures only at Play.com Live. Be one of the first people in the world to play as the intrepid archaeologist!

Spanning all three classic movies, will you be able to guide LEGO Indy through the lost temple, or will you be squashed flat under the giant LEGO boulder? Pit your wits against snakes, spiders, and spear-chucking tribesmen, exclusively on the Activision stand. Be sure to pick up a secret treasure hunting LEGO Indy postcard and keep your eyes peeled for the giant X hidden somewhere at Play.com Live. If you spot it, you could stand a chance of winning a brand new Xbox 360 console, 32" HD ready LCD TV and a copy of the LEGO Indiana Jones: The Original Adventures video game – on sale June 6th on all consoles!

Become a legend of Rock with Guitar Hero III. Try your hand at the guitar against world class rockers such as Slash, then take your place centre stage to stand a chance of winning a whopping £5000 in Play.com vouchers and a legendary rock experience.

Look out for the hilarious, high-flying game adaptation of forthcoming DreamWorks summer smash - Kung Fu Panda! As Po the Panda, Play.com Live visitors will be able to pit their wits against a range of furry foes in the quest to become the Kung Fu Master!

Prove yourself on 2007’s game of the year Call of Duty 4. Winner of over 50 international awards, come play the best selling game of 2007 on gorgeous HD screens in our exclusive Activision multiplayer battle area.

Barbie Island Princess, Tony Hawk Proving Ground, Hot Wheels: Beat That, and Transformers will also be on hand for families to enjoy throughout the weekend.