08 April 2008 | By Kres
Napoleon's Campaigns is available today, an engaging battle strategy game from Ascaron. Take on the role of the infamous leader Napoleon Bonaparte to experience renowned battles of the 19th century in complete historical accuracy. Play either as Napoleon or one of his enemies such as Tsar Alexander during Austerlitz (1805) or Bennigsen during Friedland (1807).

Each scenario in Napoleon’s Campaigns involves a primary objective, such as defeating an army in a specific area, or capturing a city within a certain timescale. 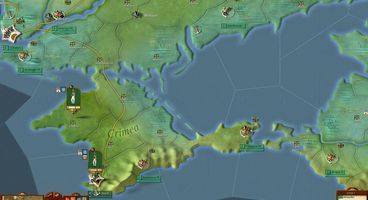 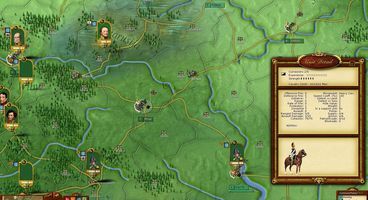 Tactical decision making is very important in Napoleon’s Campaigns. As the game is turn based, the player can take as much time as needed to make these decisions. Once the player’s turn ends, the enemy then moves. A large element of uncertainty and suspense is held in preparing for the opposition’s tactics, as the player anticipates and reacts to an attack, retreat or counter defence.

The player will need to assign officers to troops, organise divisions and establish supply lines, all crucial to completing objectives. Assigning troops an officer with poor leadership qualities and low morale means winning a battle is highly unlikely.

Terrain, routes, weather, distance, morale, leadership and supplies will all affect the outcome of a battle. If an army is ordered to march to another city, it may take a day if the land is flat with roads in calm weather, but it could take 5 days over mountains in stormy conditions. After a battle occurs, a screen will appear afterwards to show a casualty report, giving a clear indication of how many troops are now unable to fight. 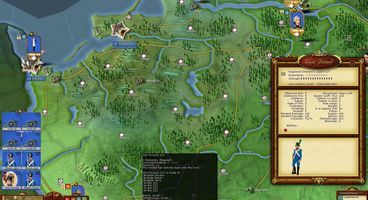 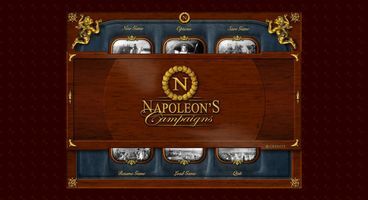 Napoleon’s Campaigns features an exciting bonus level with the chance to change history as Napoleon wins at Waterloo and achieves his biggest dream; invading England.