27 August 2008 | By Jamie Davey
Paradox Interactive today announced the release of the expansion to Penumbra: Requiem. The expansion requires Penumbra: Black Plague and is available exclusively via download on GamersGate and Direct2Drive. The expansion will tie together the previous Penumbra games and give the series its climactic resolution.

Requiem takes up where the last game ended and sees Philip, the game's protagonist, falling deeper into madness which forces him to fight some inner demons as well as outer ones. 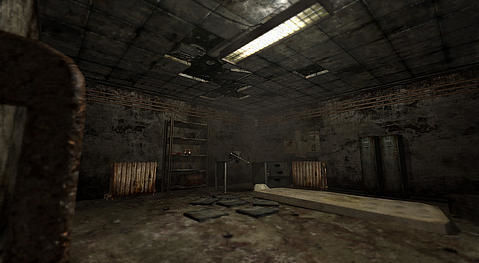 Players will be taken on a tense journey filled with psychological horror and the most unspeakable things lurking in the darkness. This time telling what is real and what is not will be even harder and questioning your senses will be essential to survival. Your decisions could make the difference between life and death.

Trademarks of the Penumbra series include:

* A creepy and disturbing ambient atmosphere.

* An advanced physics system, allowing the direct manipulation of objects.

* Advanced AI, enabling enemies to cooperate and use the environment.

* An environmental audio system, to heighten the senses.

* A wide array of challenging puzzles.

Penumbra: Requiem will be a download only expansion and available via GamersGate and Direct2Drive. Suggested retail price is 9.99. A Gold pack including both Penumbra: Black Plague and Requiem will also be available for 19.99.