Viacom: Rock Band sales "are improving" but slower than predicted 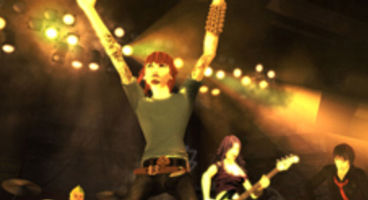 The Rock Band franchise, rival to Activision's Guitar Hero, isn't the financial power Viacom would like it to be but it's getting there, slowly.

The Beatles: Rock Band had a "great launch" but hopes for more with "marketing dollars" on the way. Franchise could see profit this Q4.

"The economics of our Rock Band franchise are improving, though not as quickly as we'd like," said Viacom's Philippe Daumann to investors, reports GamesIndustry.biz.

The Beatles: Rock Band is going to prove critical to Viacom as the holiday season approaches, they need it to secure some major revenue if they want Rock Band to prove itself a viable music franchise.

"We had a great launch of The Beatles product," said Daumann, "obviously at this time of year we await the holiday season to begin as the month of November unfolds. We will start putting in more marketing dollars together with our retail partners behind that product."

"We just have to be cautious given that we are entering, over the next several weeks, a retail season that will depend on how consumers spend their money generally. So we have to be cautious about how it is unfolding. Meanwhile we continue to manage that business with a close eye on inventory levels and with a greater focus on software."

Rock Band isn't rocking in the profits column of Viacom's accounts spreadsheet, but 2009 could end with it finally paying its own bills for once.

Have you been strumming to The Beatles yet, videogamer?