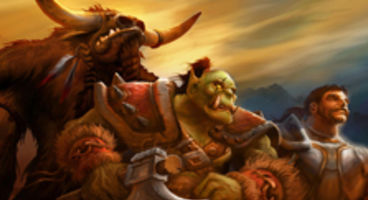 Big wigs at Blizzard HQ recognise that at some point it "may not make sense" to have subscription charges for World of Warcraft anymore.

Don't believe it's just around the corner though as Blizz are "not spending a lot of time" thinking about it. MMOs go free-to-play to 'cannibalise'.

World of Warcraft lead designer Tom Chilton said that, "at some point, it may not make sense for us to have a subscription fee." He was speaking with PC Gamer.

Free-to-play MMOs haven't taken that route solely to try and spite World of Warcraft, but actually to try and pinch traffic from others that have dropped subscription fees and that share similar player numbers.

“I feel like they’re doing that to compete with other games that are on a similar subscriber level to what they were at. I imagine that when one of them went free to play it cannibalized some of the other subscribers," said Chilton.

"I can definitely imagine that being the case with World of Warcraft. If another game comes along and blows us away it may not make sense for us to have a subscription fee. Or even further down the line, when we have another MMO out.”

Blizzard use western-style monthly subscriptions for World of Warcraft in South Korea and recently announced any who play the game there will get a digital copy of StarCraft II free, which is likely to help out WoW subs immensely.

What could challenge WoW enough that Blizz would think to 'cannibalise' their rival? Could it be BioWare's Star Wars: The Old Republic? It has quite a following already... Closed beta has now begun for World of Warcraft: Cataclysm so check those inboxes.