No Kinect voice recognition for Europe until 2011, UK at launch 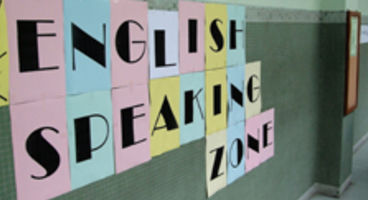 Microsoft's Kinect will be quite limited in its linguistics at launch according to reports, with mainland Europe not able to use the feature until 2011.

American, Canadian and British English will be at launch, as will Japanese and Mexican Spanish. How well can it deal with regional accents?

The UK alone has what feels like an infinite number of accents on tap, and that counts for English, Welsh, Scottish and Irish folk. Spring 2011 will see the Kinect voice feature unlock in mainland Europe, but until then North America and the UK only get support.

"Voice control is an exciting part of the Kinect for Xbox 360 controller-free experience and we can confirm that it will be available at launch in November 2010,” said Microsoft, who have yet to confirm officially what dialects will be support at launch.

"Only on Xbox 360 will you be able to navigate the Kinect Hub using your voice to control your movies, TV Shows and music. We do not have additional details to share about local voice availability at this time.”

A shot of the complete beta for Kinect reveals that 3 languages will be at launch, with English covering Canada, the US and the UK. Kinect releases November 4th in the US and on November 10th in Europe. Australia gets it November 18th - no voice for Oz?