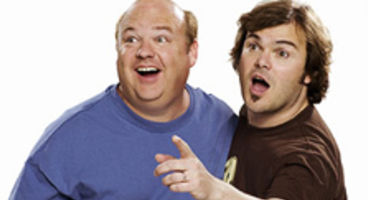 Blizzard has slapped down dollar bills to hire rock duo Jack Black and Kyle Glass - aka Tenacious D - to bring this year's BlizzCon to a close.

Last year they had Ozzy Osbourne wrap things up. BlizzCon 2010 takes place in Anaheim, California on October 22nd and 23rd. Tickets sold out.

It's insane to try and get yourself a ticket to a BlizzCon event as they sell out extremely fast, which is why Blizzard like to sell them in blocks to try and give people a chance to get them. You can at least still enjoy it with a BlizzCon Virtual Ticket for £25.

This year's BlizzCon is focusing on the impending December 7th release of World of Warcraft: Cataclysm, which revamps the original in-game continents of Azeroth. Remember it’s in Anaheim, California for October 22nd and the 23rd. Diablo III is there.