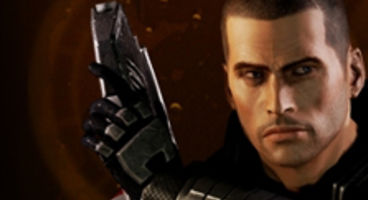 That BioWare tease for the VGA 2010 blowout that's coming? It's Mass Effect 3 according to PlayStation's Russian twitter account, before it was silenced.

The Sony Kremlin PR rapid response unit quickly ripped the loose-lipped twittering down. Sorry but there's no new IP it would appear, it's Mass Effect 3.

The Russian SCEE post translated by top Circus performing bears from the former Soviet motherland states: "Company #BioWare Award for #VideoGameAwards showed a teaser, in which we can see the first footage #MassEffect 3″.

Everyone who's played BioWare's Mass Effect series knows it has been building up to a final showdown with a third release, although the ME universe is beyond Commander Shephard notes the studio. Recently a VGA tease showed an ME-like mercenary.

Perhaps who we saw was an all-new crewmate for the SSV Normandy? 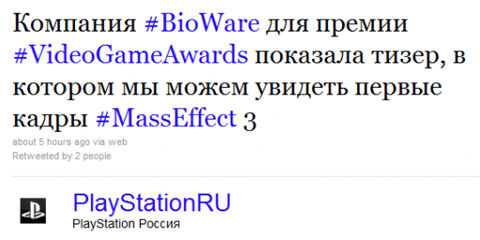