26 October 2010 | By Marco Fiori
In the last two weeks we’ve analysed in depth both FIFA 11 and PES 2011 for review. Each article explored the intricacies of this year’s leading football titles and it’s now time to directly compare the two games. Usually, we stay away from a fragmented, organised approach, but for ease, the comparison piece will be structured accordingly. For those after a short answer, FIFA 11 is the leader by a long shot. PES 2011 is a big improvement over last year’s edition, but it still falls short in every department. 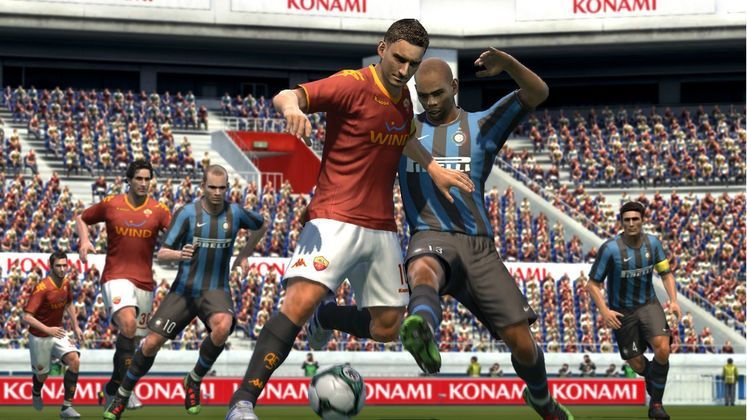 Obviously, with such cases of comparison, the overall conclusion will be a subjective matter – fans of each series will protest their champion as the winner, no matter the state of the game, but it takes a diehard follower to overlook the obvious points this year. So let’s begin with the most important area of any football game, gameplay.

As mentioned towards the end of our PES 2011 review, those after an arcade-feel title that focuses on pace rather than simulative build up play, should look towards PES. However, whether or not it’s actually an accurate representation of the world’s most favourite sport is another matter. FIFA 11 is by far the best year for EA’s flagship sports title and it outperforms PES in all aspects of play.

From the fluidity of the passing to the realistic acceleration of the players, FIFA has nailed the feel of the beautiful game. PES feels rigid in comparison, too scripted, too perfect. The ball’s a particular separating point – in FIFA the ball reacts to the pitch, the players’ awkward touches and to the randomness of its nature. In PES, it floats too perfectly and through balls come to a stop at a consistent pace that’s easily manipulated. There’s little feeling that anything can happen. Yes, PES has a more competent control system (both have a power-sensitive method of directing passes), but the AI controlled components of FIFA are no longer the irritation inducing headaches they once were.

There’s a deep sense of satisfaction gained from both when completing a complex series of passes to result in a goal, but FIFA 11 is as challenging as it is fun. The ability to create space, play down the wing and to rely on a defensively strong team are all plus points. PES is sluggish (despite its actual faster pace) and feels as though it’s a chore for your efforts to come together – it almost feels as though it’s accidentally come together and luck’s been the deciding factor.

Elsewhere, there’s improvement in both games to keeper AI and the new weather effects mix up the play. It’s getting to the stage where football games are struggling to introduce anything drastically different (it was the ball physics a couple years ago which demonstrated the last giant leap) and it’s more of a case of slowly honing the experience to mimic the sport. 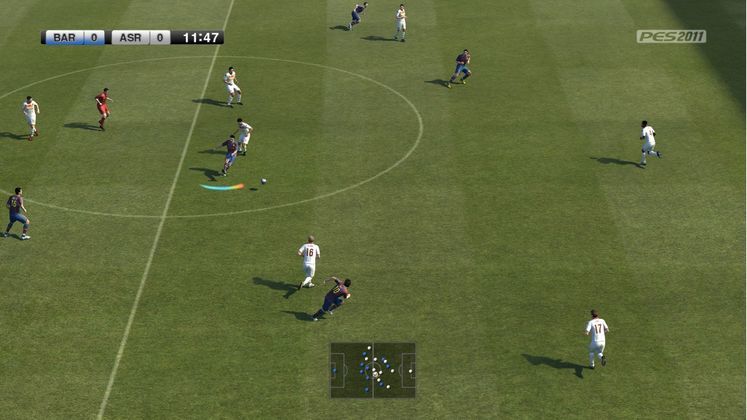 Much like the gameplay, we’re reaching a plateau of what the current generation can achieve. Player likenesses in both games (despite the team’s being unlicensed in PES) are as good as they’ll ever be and animations / celebrations are varied and realistic. Crowds are slowly progressing past the repetitive cardboard cut-out stage and stadiums look like their real world counterparts. Detail is crisp and in both games, graphics are fantastic (the PC engines have been improved in both PES and FIFA 11). There’s not much separating the two, but FIFA edges the result due to its focus on looking real and that layer of expected EA polish that comes with it.

The debacle that is ITV commentary compared to the smooth tones of Andy Gray - It’s an argument that has raged for years. FIFA’s continued inclusion of Sky commentary means it sounds not only authentic, but professional – a tirade of comments that match the fluidity of what’s happening in front of the player. The PES commentary is often wooden, half-arsed and also often woefully inaccurat (FIFA’s not free from this problem) to the degree that it breaks the atmosphere of matches.

Other points of importance are the match atmospheres. The crowds seem slightly better in FIFA (and the option to record and import custom chants is a plus) as they react accurately to the ebb-and-flow of the game. It’s subtly done, and while PES’ supporters don’t disappoint, PES lacks that surround-sound goodness that EA have perfected over the past years.

Finally we have the soundtracks accompanying the menus. In both games, they’re varied in genre and typically licensed. You’ll spend most of your time in a match, so it purely comes down to personal preference and whether you’ll actually notice what’s playing as you scroll through a team sheet.

Again, there’s not too much here that separates the contenders. PES’s menus look dated, but they’re functional. Online and off, it’s difficult to call a winner. PES has the official Champions League / Europa Cup / Copa America competitions while FIFA’s manager mode and Be A Pro are more fleshed out.

FIFA also has a bigger and more active community, but that also comes with more rage-quitters and own goal scorers in 11vs11 games. Both have an edit mode, but FIFA has a huge range of officially licensed teams from a gigantic amount of leagues. There’s also the Live Season for FIFA fans who wish to subscribe to the premium feature of keeping team stats regularly updated. 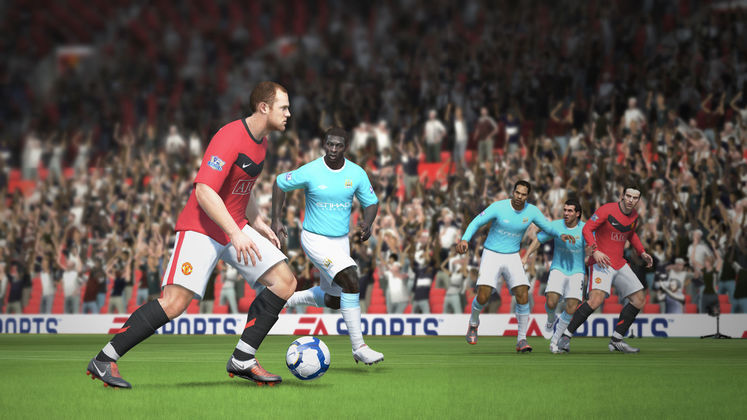 So to wrap up, it can be said that FIFA is the clear winner. Packed full of features, modes and offering the definitive football experience (at least until 2012 rolls around), those still sitting on the fence should invest in EA’s football title. To echo our review, PES is a big improvement over 2010’s edition and it’s good to see it closing the gap over FIFA, but for this year at least, it’s FIFA 1 – 0 PES.