01 October 2011 | By Jonah A. Falcon
The NBA Jam: On Fire site has officially announced that the On Fire Edition of the arcade b-ball game, NBA Jam, will be available on Xbox Live Arcade on October 5 and PlayStation Network on October 4. 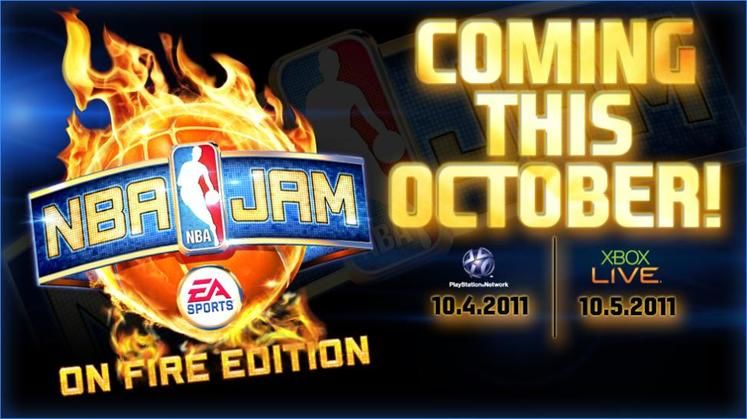 According to the official press release, "NBA JAM: On Fire Edition brings you even more to this basketball arcade classic. Enhanced gameplay, ground breaking artificial intelligence and exciting online features continue to bring countless hours of enjoyment to this over-the-top experience."

NBA Jam was given a retail release on Xbox 360 and PlayStation 3 after NBA Elite 10 was canceled, which was to include the game as bonus content.