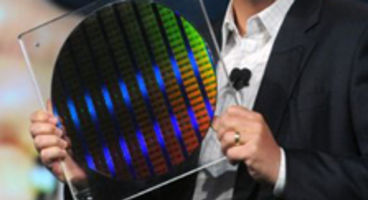 Intel has unveiled their new 'Sandy Bridge' chipset architecture which combines CPU and GPU, and the hope is it could remove a lot of headaches for devs.

Valve's Gabe Newell called it a "real game changer" that could allow for "console like experience on the PC" - meaning less hardware incompatibility.

Portal 2 is being developed at Valve with this 'Sandy Bridge' chipset in mind apparently, and Newell was at CES this week to give his thumbs up to Intel's hard work. "It's a real game changer for us. This allows for a console like experience on the PC," he said.

Right now all those combinations of CPU and GPU prove a taxing experience for development studios as they tend to be patching in additional fixes post launch to try and cover all the possible hardware combinations. Sandy Bridge is a step away from that.

It combines CPU and GPU to deliver better, more efficient results. However it remains to be seen if the more enthusiastic PC gamer would ever take up the Sandy Bridge banner. In the end you can't beat a beast of a GPU card pumping out the pixels.