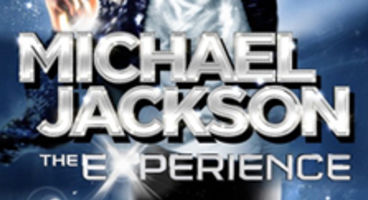 Ubisoft's Michael Jackson: The Experience will, it's safe to say, have a number of Michael Jackson songs and performances. Well now we actually get a list.

A tracklist for the released MJ experience has been spilled and it includes the likes of Billie Jean, Earth Song, Heal the World, Thriller and many more.

Michael Jackson: The Experience releases on Xbox 360 and PS3 today in Europe. See below for the full tracklist that Ubisoft was sure to cram in:

• Blood on the Dance Floor

• Don't Stop 'Til You Get Enough

• I Just Can't Stop Loving You

• The Girl Is Mine

• The Way You Make Me Feel

• They Don't Care About Us

• Will You Be There

I would like to generously advise that you don't 'flick a coin' at your Xbox 360 console, or any for that matter, as the beneath Michael Jackson: The Experience launch trailer would otherwise suggest. Coins don't make for good remote power buttons.