21 October 2011 | By Jonah A. Falcon
Soul Calibur V producer Hitsuhiro Tagu has confirmed that Assassin's Creed II's Ezio Auditore will indeed be in the game. Tagu stated that "Ezio is a good fit as the franchise’s latest guest character because his historical setting is an aesthetically pleasing match with that of Soul Calibur V." 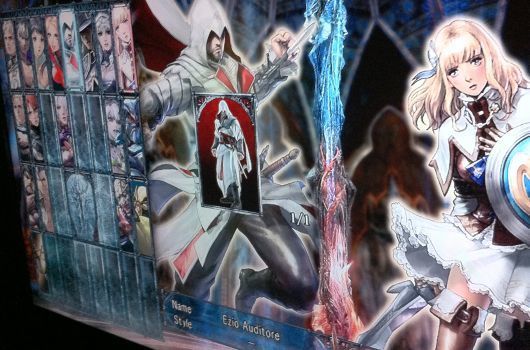 GameSpot had posted a video of the confirmation, but it was pulled from the site.

Soul Calibur V is due to be released in February 2012 for the Xbox 360 and PlayStation 3.