05 April 2012 | By Jonah A. Falcon
Shantae and Contra 4 developer Wayforward will be working with publisher Majesco to bring a new Double Dragon game to Xbox Live Arcade and PlayStation Network. The next entry into the long-running beat'em up side scroller will be called Double Dragon: Neon, and will be released this coming July 2012. 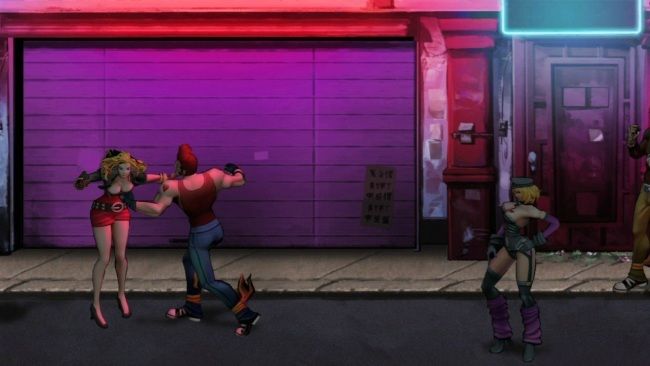 Dragon Dragon: Neon will bring back the Lee brothers, Billy and Jimmy, as they once again fight their way through endless enemies to save Marian from the awesomely named "Skullmageddon".

As the title implies, the game is bright and flashy in a neon 1980's way, and the gameplay is right out of the 1980's games as well, with martial arts and weapon-based combat. Gamers can do martial arts combos as well as swing weapons such as bats and whips, as well as tossing hand grenades. The game will also feature 1980's-style music complete with guitars, synth and keyboards.

Majesco promises to release more information about Double Dragon: Neon in the near future. 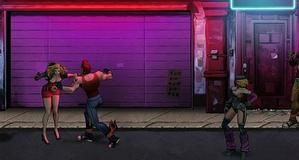