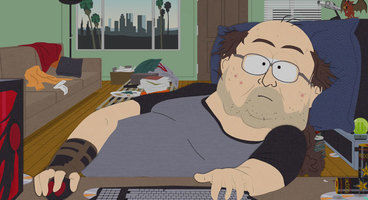 In a disturbing - yet darkly hilarious - "life imitates art" moment, the cities of World of Warcraft were laid waste - NPCs and players alike - by a level one priest, recalling the plot to the famous South Park episode "Make Love Not Warcraft".

According to reports and YouTube videos, the level one priest killed entire populations with one hit kills, starting in the major cities of Ogrimmar and Stormwind, and later Tarren Mill, Ragnaros, Draenor, Twisting Nether and other places.

Blizzard found it was an exploit and quickly hotfixed it, but not before videos were taken of the rampage. They also stated that they were hot on the trail of the hacker(s) behind it.

(The YouTube description insists the person laughing in the vid is not the hacker.)