World of Warcraft: Dragonflight Release Date - Everything We Know 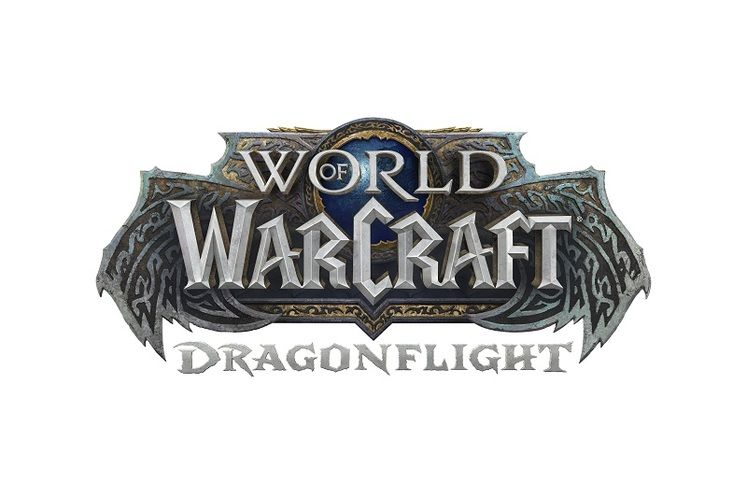 As the troubled Shadowlands expansion comes to an end after only two major patches, World of Warcraft players are already looking towards the release date of the MMORPG's next big content release which is now confirmed to be titled Dragonflight.

World of Warcraft: Dragonflight's release date is what many players hope will be a refresh for the game after the past few expansions can easily be described as hit or miss. With it now officially unveiled by Blizzard, here is everything we know about what we can expect in terms of gameplay and story when it launches. 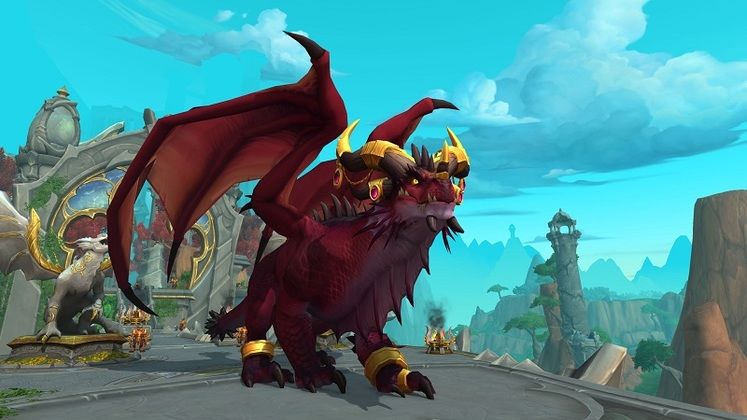 The first credible leak naming World of Warcraft: Dragonflight, as spotted by Wowhead, came from web certifications and code mentioning base, Heroic, and Epic editions for the expansion.

On April 19, WoW: Dragonflight was officially revealed albeit with no mentions regarding a potential release date. As far as that is concerned, we have a couple of details that help us speculate when it could occur.

Since Wrath of the Lich King, expansions have followed a relatively predictable release schedule, coming out every two years. While Legion and Battle for Azeroth arrived in August, Shadowlands ended up delayed until November, launching closer to the dates of pre-Legion expansions.

We currently expect to see the WoW: Dragonflight going live at some point in November 2022, with patch 10.0 going live around one month earlier.

At the same time, Blizzard has confirmed that Shadowlands Season 4 is coming later this year. This makes it possible that WoW: Dragonflight's release date many not occur until some point in 2023, but we'll have to wait for official confirmation to know for sure. 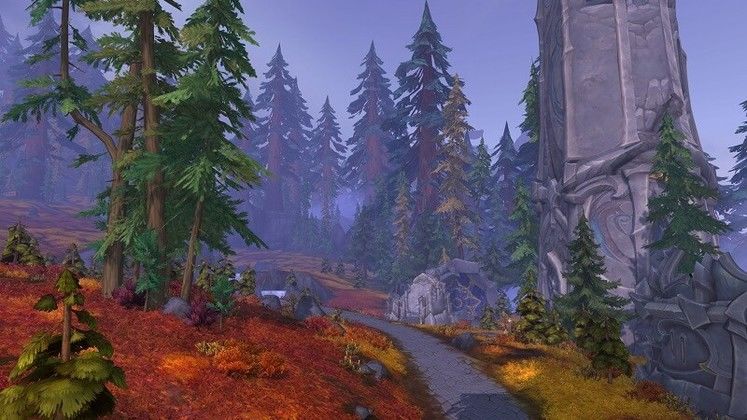 WoW: Dragonflight's story returns to Azeroth, being centered around the five Dragon Aspect coming back to the now-uncovered Dragon Isles after a long time away from them.

As they venture across the five new zones, players will work together with each of the five Dragon Aspects, helping them rebuild and possibly redefine their purpose. 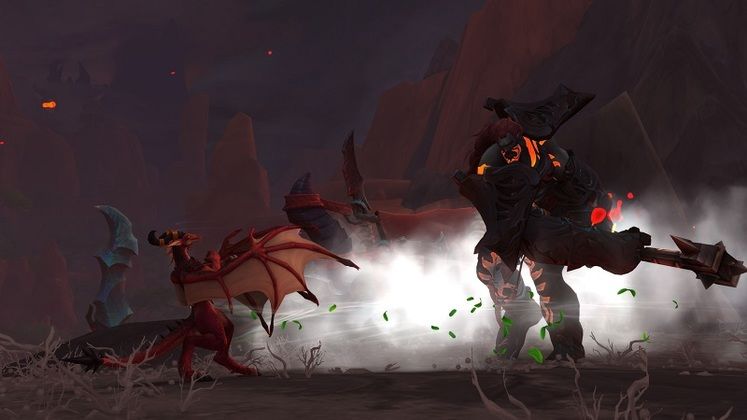 WoW: Dragonflight introduces the MMORPG's first race/class hybrid: the Dracthyr/Evoker. This is a rather major shift, as only Dracthyr can harness the power of the Evoker class and only Evokers can be Dracthyr.

Created by Neltharion, they have both draconic and humanoid forms, both of which are customizable. Able to call upon the magic of all five dragon aspects, they also come with unique abilities of their own such as Wing Buffet.

Dracthyr wear mail armor and can choose between two specializations. Devastation focuses on ranged damage using mainly red and blue magic while Preservation is all about healing using mostly green and bronze Magic.

They also have a new type of spell, named Empower, that grants additional effects the longer you hold down the cast button.

Being a hero class, players can pick the faction they want to be a part of when creating their character. Evokers start at level 58 and benefit from a dedicated starter zone. 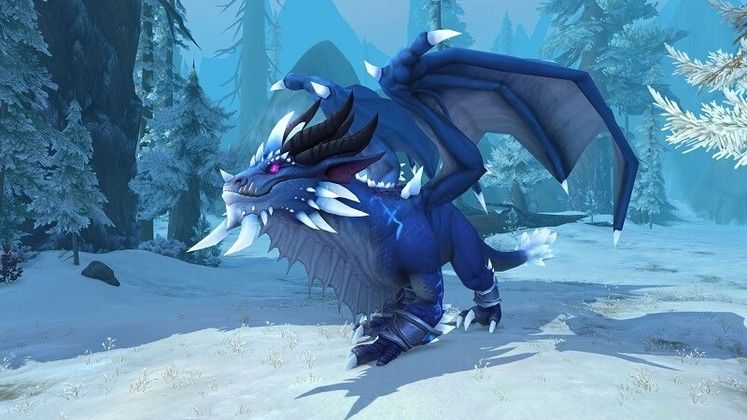 WoW: Dragonflight's reveal brought with it the first details about its upcoming gameplay changes. There will be five new zones to explore, each one of importance to a Dragon Aspect as well as harboring inhabitants of its own, including centaurs and tuskarr.

The Dragon Isles also boast a new capital city that will arguably be most players' main base of operations for the expansion's length. The game's level cap will also be raised to 70.

A new Dragonriding system gives players their own customizable drake mount. Available from the get-go, rather than being unlocked during a specific patch, it offers lots more flexibility in terms of traversing the Dragon Isles. As you progress through the expansion, you can also upgrade it.

WoW: Dragonflight's release date also brings with it a completely revamped talent system that more closely resembles the pre-Mists of Pandaria one while introducing changes of its own. You have access to two trees – one covering class-specific utility, another covering their chosen specialization.

Loadouts let you save and quickly switch between multiple loadouts, while the frequency with which talents can be reset won't change too much.

The game's UI will also get a visual refresh – taking on a more modern look, removing clutter, and improving visibility –, as well as a revamp that aims to give players the ability to more heavily customize it by moving individual elements to different positions on the screen without having to resort to addons.

The revamped UI will also remember different layouts for your class' different specializations, automatically switching between them when you might fancy playing a different role.

WoW: Dragonflight's release date also brings with it revamped professions. Crafting orders allow you to seek players who can craft specific items. When setting one up, you select between available recipes, provide either a partial or full set of reagents, and offer a commission.

Then, you can either find someone around you or use an interface similar to the auction house's to make the order public, send it to your guild, or a player your know and trust. Crafted items can also be soulbound.

Both reagents and crated items now have an associated quality. The higher it is, the better the item that results from crafting. Crafting specializations return, players being able to gain specialization points in different ways, from finding books to speaking to NPCs and beyond.

The capital city will have crafting tables, where you can create items while also introducing a social element to professions. Each profession will have its own dedicated gear which you won't have to carry in your backpack since it has dedicated slots. These pieces of gear have their own stats and you can obtain better versions over the course of the expansion. 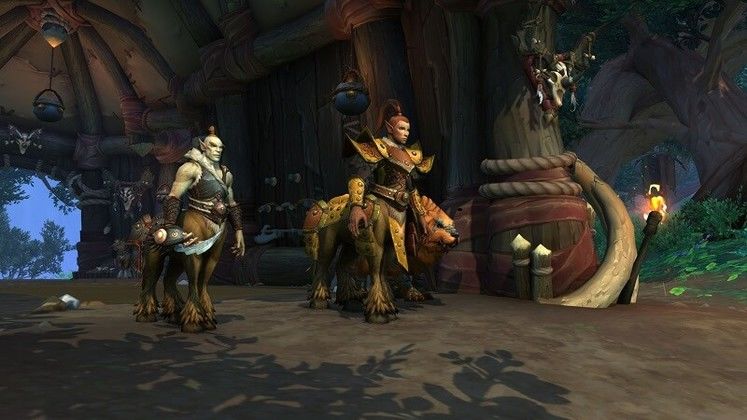 There's no word yet on WoW: Dragonflight system requirements, but we expect to learn more as we get closer to launch.

Where can you buy World of Warcraft: Dragonflight and how much does it cost? 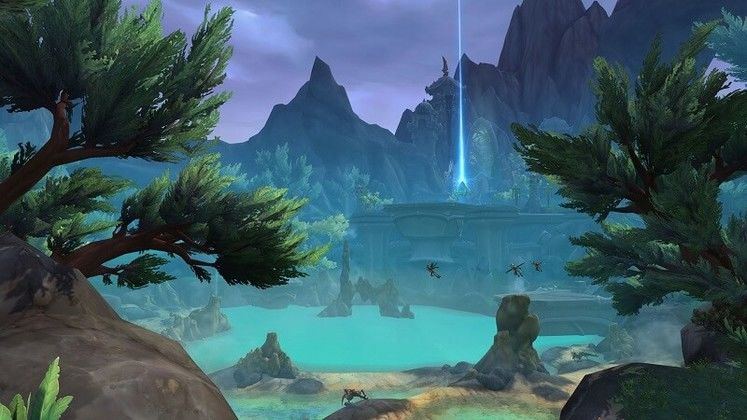 WoW: Dragonflight will be available through Blizzard's Battle.net shop. Pricing details weren't shared just yet, but there is a good chance we'll have multiple editions to pick from.