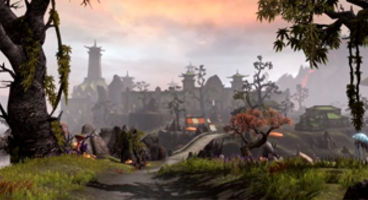 ZeniMax Online Studios has released a developer diary for The Elder Scrolls Online where fans are treated for the first time to actual gameplay. The video is just under nine and half minutes long.

Staff on the project talk about the world they're bringing to life with plenty of eye candy. TESO is set millennia before Skyrim. ZeniMax say this is "the first in a series of regular" video updates.

They go into detail about how the gameplay works with combat kept 'accessible to everyone'. Hundreds of characters can be on screen with lots of customisation.

The Elder Scrolls Online releases on PC in 2013.