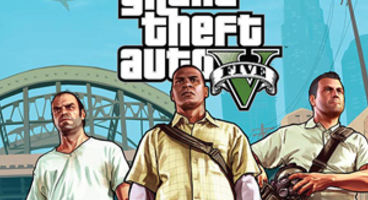 The huge Game Informer piece on Rockstar's Grand Theft Auto V is finally out in the public domain and was savaged within minutes, with its juicy details scattered all across the Internetz.

What did fans learn? Rockstar is as ambitious as ever. We don't assume the role of a single protagonist, but three, and we can jump into their shoes virtually at any time we please.

This is without a doubt the biggest shake-up for the series to date outside of going 3D in Grand Theft Auto III. The reason for 3 playable characters? To avoid boredom and 'slow bits' in missions.

Our three perps are family-man and FIB informant Michael, crazy combat veteran Trevor and the young criminal opportunist Franklin. Each has different views on life and subsequently very different lifestyles that they lead. During a demo Rockstar showed how easy it was to just jump into any one of them as the map zoomed out and then back in.

During missions we can also switch characters but only at certain designated points. The reasoning from the team is so that players aren't forced to plod along during 'lulls' in the action. Instead we can change character and keep the action flowing. Why do something boring when you could be perched with a rifle across the street taking our guards?

Not all missions with have all three characters; sometimes it's just one or two. Each has their own fully pledge motives and skillsets that they bring to the table. Interestingly we're told they continue to 'live out their lives' when were not in charge and so switching back get lead to some surprising events.

Trevor, Franklin and Michael have their own story arcs that unfold. We'll be experiencing several major missions in the style of big heists like the 'Three Leaf Clover' mission from GTA IV. There will be some cameo appearances from IV's cast but Niko won't be one of them. Rockstar apparently took around 250k pictures for GTA V.

The game world of the new Los Santos and its surrounding countryside is larger than GTA IV's Liberty City and Red Dead Redemption combined. The team used census data and vehicle sales to more accurately portray the diversity and make-up of their fictional city based on Los Angeles.

In terms of features we'll be getting the chance to flip people off, which Rockstar tease has varying reactions from those around you depending on their personalities. Vehicle physics have been significantly retuned to remove that 'big and boatlike' feel from GTA IV's cars. Ammu-Nation returns thanks to Los Santos not being as strict on gun control as Liberty City. We also see new side activities like yoga, tennis, full course golfing, jet-skiing and base-jumping.

The cell phone in GTA V has been redesigned too so it isn't as daunting. It will allow us to access the new hilarious fake internet that Rockstar are putting together. Friends won't be harassing us through it either. Rockstar also decided to forgo any romance options in GTA V but could return in later instalments.

We'll be enjoying a lot more random character encounters in Los Santos, similar to those that occurred in GTA IV. These new encounters are fully motion captured, reveals Game Informer. Also imported from Red Dead Redemption are the 'unique world events', such as people with a broken down car, hitch hikers, or even a curious littering of dead people.

Rockstar have implemented what they call dynamic 'state machines' that essentially give life to NPCs so they'll mill about their daily lives. As an example we could see groundskeepers at bus stops early in the morning but catch them toiling away later in the front and backyards of pricey homes.

For more information check out GTAV.net's write up on Game Informer's huge GTA V article. There is still no mention of a PC version for Grand Theft Auto V. A new trailer is expected to release some period in the near future.