EA mindful of "not undermining the horror" in Dead Space 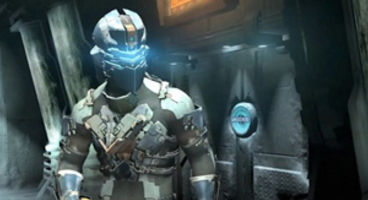 EA Labels' Frank Gibeau says they're careful with Dead Space as while they "open up the accessibility" of the series by adding "a little bit more action" they don't want to lessen horror.

Environment and co-op are the big areas EA are pushing with Dead Space 3 but they "do not want to p*ss off our fans" by jeopardising its roots. They'll show "how deep the horror is."

The dev team know that horror fans are the core audience for Dead Space and that's the way they want to keep it but want to entice more to give the franchise a try.

"What we've tried to do with each instalment is tell a different story about Isaac but at the same time bring in new features and ways to turn the game into a more connected experience," EA Labels president Frank Gibeau told CVG.

Co-op was embraced and they "tried to open up the accessibility of the IP a little bit by adding a little bit more action, but not undermining the horror. We can't not be a horror game because that's what Dead Space is."

"...we definitely do not want to piss off our fans by taking it too far from horror," he added.

"We're very self aware of that - we listen to the fans and we hear them. We're going to be releasing more assets over the coming months that show you how deep the horror is. It's definitely not getting away from gore or horror, but at the same time it's opening up to a larger audience by adding some elements."

Ridley Scott's film Prometheus has been an inspiration for the EA Dead Space team, which drew more people in thanks to its choice of cast and its use of imagery.

"In general we're thinking about how we make this a more broadly appealing franchise, because ultimately you need to get to audience sizes of around five million to really continue to invest in an IP like Dead Space."

"Anything less than that and it becomes quite difficult financially given how expensive it is to make games and market them," continued the EA exec.

"We feel good about that growth but we have to be very paranoid about making sure we don't change the experience so much that we lose the fanbase."