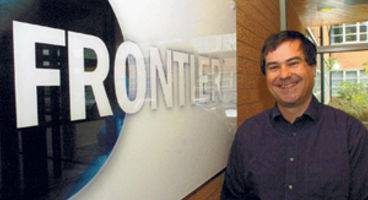 He said he knows publishers who cancel projects because some retailers "won't reorder stock after initial release," but single player is hit hardest. They're "super high risk."

Braben says it's the pre-owned market that's keeping the retail prices high but could lower if publishers were "getting a share of the resells." Where is The Outsider?

"The real problem when you think about it brutally, if you look at just core gamer games, pre-owned has really killed core games," said David Braben. Frontier Developments created RollerCoaster Tycoon. The studio is also still busy with their upcoming single player open-world game The Outsider, or at least were as of January.

"In some cases, it's killed them dead. I know publishers who have stopped games in development because most shops won't reorder stock after initial release, because they rely on the churn from the re-sales."

"People will say 'Oh well, I paid all this money and it's mine to do with as I will', but the problem is that's what's keeping the retail price up - prices would have come down long ago if the industry was getting a share of the resells. Developers and publishers need that revenue to be able to keep doing high production value games, and so we keep seeing fewer and fewer of them," reasoned the veteran game designer.

A publisher was said to be interested in The Outsider back in January, according to Braben. Very little information has been forthcoming about the project which had the player as a 'framed intelligence officer' in the US who could either clear his name or go rogue and embrace his public enemy reputation.