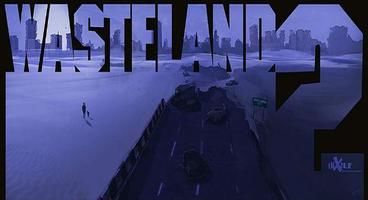 Wasteland 2 developer Brian Fargo is criticizing what he considers the deteriorating relationships between developers and publishers, which is leading the destruction of the publisher model.

According to Fargo in an interview with Ripten, no dirty laundry is ever aired about the situation because developers fear "they'll never get another contract" if they do.

"There is more tension than you can believe. You would not believe the stories you hear about how developers are treated by publishers these days. It is abysmal," Fargo lamented.

He pointed out Bethesda Software's refusal to give Obsidian a bonus for their work on Fallout: New Vegas as evidence of this.

"Look at the most recent one with those poor guys at Obsidian. They did Fallout: New Vegas, the ship date got moved up and, who does the QA on a project? The publisher is always in charge of QA," Fargo accuses. "When a project goes out buggy, it's not the developer. The developer never says, 'I refuse to fix the bug,' or, 'I don't know how.' They never do that. It's the publisher that does the QA, so if a product goes out buggy, it's not the developer's fault."

"So, (New Vegas) goes out buggy and they didn't do the QA, their ship date got moved up and they missed their Metacritic rating by one point. Did they get a bonus? No. Do you think that's fair? I tried to get some of my publisher friends, who I used to make a lot of money for, to donate. Do you think they donated? No. Their employees did." He continued.

Fargo then claimed that publishers cause games to cost 25 to 35 percent more than it should, chiefly because they overspend. "Sometimes they insist on taking over functions like doing all the casting and audio recording, where they would spend way more than what we would, if it was our money. I mean, it is our money, because it's advances, but they insist on taking it over,"

"When we did all of our directing, for all of our games, every project I had ever done, including Bard's Tale with Cary Elwes, we directed the talent. We knew the material, so we could give them the context for each line,"

"Well, the publishers would allow us to visit the studio, but we weren't allowed to speak directly with the people doing the recording. They send some very expensive voice director in, and he directs them. We don't even get to handle it."

Fargo went on to say that he tried pitching Wasteland 2 to publishers. "I would be waiting for people to call me back to give me a response, and they would send me Farmville requests all day long, but they couldn't return a phone call. It was beautiful," he stated.

He then recalled, "There was one guy who couldn't stop texting in the middle of the meeting and I'm sitting there with Jason Anderson (Fallout and Fallout 2 game artist and designer) and I was outraged. Other times they would send in these junior guys that were maybe 19 years old, never had heard of Interplay, hadn't heard of anything."

"Then there were people who I'd get in a room, they would jump up and down, act excited and three weeks later would tell me they were going in another direction," he added angrily, "I would ask why they passed, so I wouldn't bring them the same kind of project again, but they could never tell me why they passed."

It then makes more sense why Fargo decided to go the fundraising route with Kickstarter, where Wasteland 2 has raised 1.6M from fans and supporters with 20 days to go on funding.