McGee: Talks with EA over Alice IP "continue to this day" 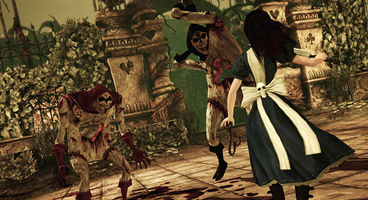 American McGee is currently leading Spicy Horse on OZombie, their Kickstarter project which $950k isn't going to be enough to see completed but it's enough to, well, kick start it. What about Alice?

McGee tells us he'd love to throw Alice into her own Kickstarter but "being realistic" about the legal hurdles, he decided to pursue OZombie. He's "confident we'll get something worked out".

The length of a Kickstarter campaign is by no means enough time to chew the fat with lawyers over securing a sale of the IP, or compromising with a licensing deal.

Strategy Informer: Why OZombie and not another Alice? Rights issues?

American McGee: The Alice game rights are 100% owned and controlled by EA.

We started talking with them about doing another Alice game some months ago - and everyone was working towards getting a deal done in time for the Kickstarter campaign. At the same time, being realistic about how long it can take to do these sorts of deals, I started work on a back-up campaign with OZombie.

Our talks with EA continue to this day and I feel confident we'll get something worked out before too long.

Spicy Horse's OZombie Kickstarter has just begun and already has over $125k pledged. Alice: Madness Returns released back in June 2011. Our full interview with American McGee will be posted shortly.