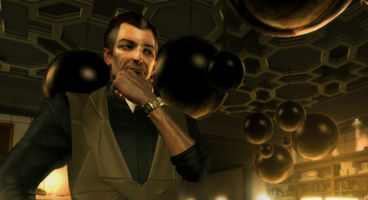 There's doings afoot. Square Enix has filed the paperwork to register more trademarks for Eidos properties Deus Ex and Hitman. Their names are open to significant interpretation to our delight/despair.

Hitman Sniper for instance sounds like a continuation of the surprising hit (get it?) that Sniper Challenge proved, which was just fancy marketing for Hitman: Absolution.

Then there's Hitman Go which feels like it's going to be a mobile outing for the bald assassin. All three trademarks were filed on Tuesday this week, September 10th.

It's perhaps the Deus Ex filing that leads to the most head scratching as it's for something called 'Deus Ex Universe'. The previous announcement of something new for the Deus Ex series didn't go down to well as The Fall was a tablet release, which stoked further ire from fans when it discriminated against Jailbroken iPads, which are legal.

With the subtitle of 'Universe' it could mean disaster in the form of an MMO, or the lesser evil of just a multiplayer-focused title. Deus Ex: Human Revolution fans do at least have the Director's Cut still to look forward to that aggressively overhauls the game including the boss fights.

The trademark filings by Square Enix were spotted and blabbed by NeoGAF. Sadly these all reek of 'mobile app'.