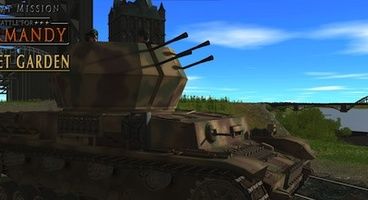 Battlefront.com has announced a major expansion for Combat Mission: Battle for Normandy, "Market Garden", and as expected, it includes bridges that may or may not be too far, but are certainly bigger.

As one might expect, the DLC focuses on Allied Field Marshall Bernard Montgomery's September 1944 dash across Holland in an attempt to get inside Germany. The Allies failed to capture the Rhine river bridge at Arnham, which was famously called "a bridge too far" by Lt. General Fredrick "Boy" Browning.

As one might expect, there will be two campaigns included from each side's perspective: For the Allies, The Road to Nijmegen, which takes place on the 17th September in Holland and features 15 missions, and A Moment In Time for the Germans, on the 19th September in Holland will six missions. Over 14 standalone scenarios focus on the new units, weapons and vehicles found in the module.

Speaking of the map editor, the game adds new editor elevation tools, and a new terrain type, dirt footpaths. This being Holland, in addition to buildings modeled on those near the Arnhem and Nijmegen bridges, there are also windmills. 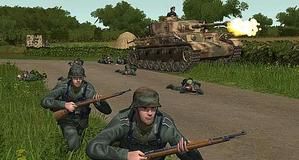