02 September 2014 | By Nick Horth
Assassin's Creed Unity writer Russell Lees discusses the game's sidequests in a new Ubisoft Dev Blog. They're called Paris Stories, and instead of being throwaway encounters they'll all tie in to the game's historical setting.

“Normally in open world games, you have standard, open world activities. But we realized that we had Paris, France, and there was tons of historical content there that we wanted to take advantage of," explains Lees.

“As a result, every single one of the side content activities has a historical tie, either to some interesting person or event that took place during the period.”

With Unity's lavish recreation of revolutionary Paris, that should make for some slightly more interesting missions than the rather generic ones that have appeared in previous entries. Or it could mean there will be a nice little cutscene and then a repetitive task to complete. Hard to tell. Anyway, Lees promises that as well as more signposted missions, some Paris Stories will pop up in unexpected places.

“Although you can stumble upon some of the mission-givers around the city, you can also read the newspapers that are scattered around the city for clues,"

he says. "If you read an article of interest in the newspaper, you might suddenly see a new icon appear on the map, which you can then go and investigate. So it pays to really explore the open world.”

Assassin's Creed Unity is set for release this November 11 on PC and current-gen consoles. 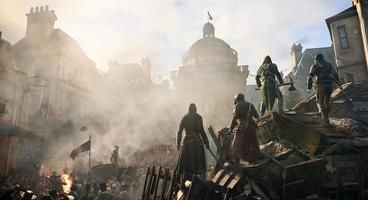 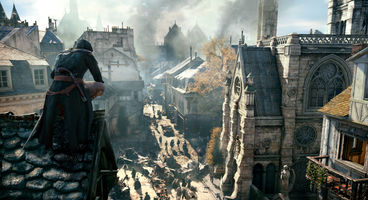