Fifteen years after the original Psychonauts was released, a sequel is finally in the works, as Double Fine and founder Tim Schafer have started a crowdfunding campaign on Fig. The base goal for the game is a cool $3.3M; only a few hours after its announcement, $490K has been raised.

For the uninitiated, Psychonauts was about a boy named Razputin (Raz to his friends), a circus acrobat/psychic who ran away from home to crash a summer camp for psychics. At the camp, he learns how to help people with their emotional problems by entering their minds, depicted by some seriously mind-screwy levels. For example, a conspiracy nut milkman's head is full of spies, cameras and evil Girl Scouts.

The game ended on a cliffhanger, frustrating those who had grown to love the snarky Raz and his compatriots, and for a long time, it was on the wish list of many a gamer, including Minecraft guru Markus Persson, who at one point offered to co-fund the game. 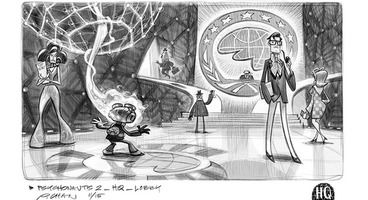 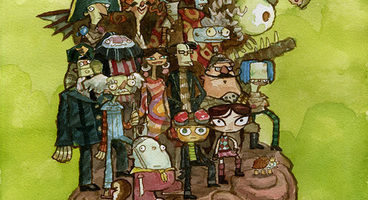 According to the Fig page, "Psychonauts 2 will feature a new hub world inside Psychonauts HQ. You’ll access new mental worlds as Raz peeks inside the minds of a host of new characters who need his help to combat their inner demons and unravel their deep-seated emotional issues. Raz will hone his secret agent PSI-abilities—and learn new ones too—using them to solve mysteries and uncover evil plots."

The game is being worked on by many who did the first game, including artists Scott Campbell, Peter Chan and Nathan Stapley, composer Peter McConnell, and writer Erik Wolpaw. Richard Horvitz and Nicki Rapp are reprising their roles as Raz and LIli, while director Khris Brown will be taking control of the voice acting.

The release date for Psychnonauts 2 will be a distant 2018, but at least it'll be coming. 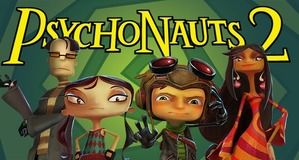