The studio promises more tracks, off-road racing, a co-op Career mode and more. Which is all well and good, but you can sort of understand why owners of the first game are feeling a bit miffed – they're worried that Slightly Mad is abandoning ship for another money-making project at the first opportunity. 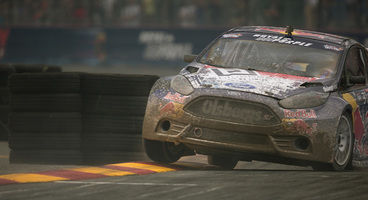 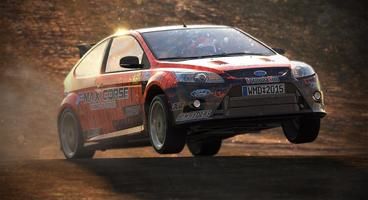 Slightly Mad assures them that isn't the case. It already has a year's worth of free content planned, and in an interview with Kotaku, creative director Andy Tudor explained that the nature of game development means that an early start like this is kind of necessary.

“Games however take a long time to make,” said Tudor. “Bearing in mind the vision we have for the game—the features we’d like to include, the direction we’d like to follow, and the timeline we’d like to release in—we need to start sooner rather than later and therefore a rolling schedule must be adopted whereby some of the team not actively working on On Demand content can work on the sequel.”

I'm in two minds about this. I understand where Slightly Mad is coming from, they're a business and as such need to constantly have a project on the go, but if I'd just splashed out thirty-odd pounds on a brand new game, I'd be a bit annoyed to see the development team start trying to sell me the next big thing only a few weeks later.

Maybe it would have been better to wait just a little longer. Project Cars 2 will be released on the PC and consoles, though there's no release date planned at this early stage. It's being funded through WMDPortal, just like its predecessor. Here's an initial list of features:

The Largest Track Roster Ever – 50 unique locations and 200+ courses including ‘loose surface racing’ on dirt, gravel, mud, and snow. All will have dynamic time of day and weather allowing you to play any time, anywhere

The Widest Variety of Motorsports – with 8 different disciplines now including Rallycross, Hillclimbs, and Touge. 200+ cars from over 40 different vehicle classes including never-before-seen Concepts and Banned Race Cars

Seamlessly Connected – Socialize and compete via Online Track Days, have players from around the world take the place of AI-controlled drivers in your solo play, and get news updates on the Driver Network around you

Your Home for Racing – Your own personal, customisable Test Track to tune and test your cars. Invite others to showcase your passion for racing and learn race craft and engineering with the Project CARS Academy