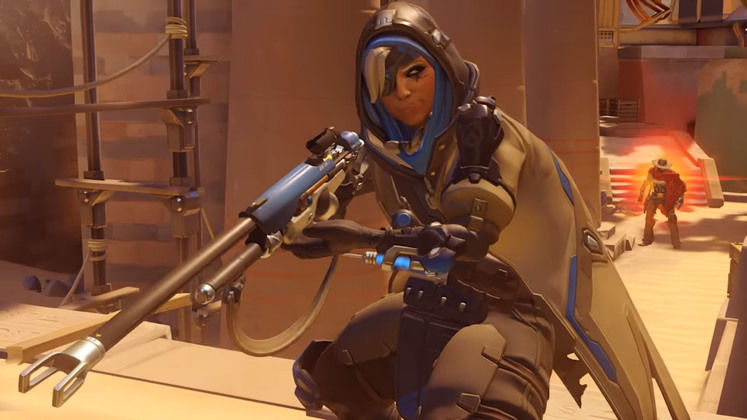 Blizzard just announced the first new character being added to Overwatch. Named Anna, Blizzard describes her as a "battle-scarred veteran who supports her teammates from a distance using a unique and highly specialized collection of weapons."

Her primary weapon is a Biotic Rifle that can not only deal long-range damage to enemies, but heal allies as well. Her Biotic Grenade creates an area-of-effect that heals friends and hurts foes. It also briefly boosts healing for allies while preventing enemy health recovery altogether. Ana’s sleep dart can briefly knock enemies unconscious, which will surely make it a clutch move to block enemy ults. Finally, her own ult is called Nano Boost, and it will fire a dart at an ally to give them faster movement, boosted attack, and improved damage resistance.

There’s also an origins trailer for those of you who like to dive in on the game’s lore. The short version is that Ana is both Pharah’s mother and one of the founding members of Overwatch. But watch the trailer yourself for more.

We don’t know when Ana will be added to the game, but we do know the addition will be free.